For a retailer that reported sales of over £100 million in the second half of 2020, Hotel Chocolat isn’t taking any breaks.

Just recently, the chocolatier signed a new deal with Waitrose. The partnership means Hotel Chocolat will be able to sell a selection of its products in Waitrose supermarket stores and online.

The two retailers haven’t always seen eye-to-eye, particularly in 2018 when Waitrose was under scrutiny for creating copycat bars resembling Hotel Chocolat’s products. Hotel Chocolat eventually claimed victory in the bitter dispute after the supermarket agreed to stop making the bars.

It was during this time that Hotel Chocolat founder and chief executive Angus Thirlwell decided to go for a hot chocolate with then-Waitrose boss to “defuse” the situation. Especially when he discovered that both retailers had many customers in common.

“It was really just about two humans talking to each other rather than matters going to litigation,” Thirlwell told Retail Gazette.

“We gave them time to sell the stock that they had made in error. Through that experience, we realised that we should be working together instead of fighting.”

Three years later, Waitrose is now preparing to set up dedicated Hotel Chocolat-branded bays and gondola ends in its stores – marking the first time the grocer has entered into this type of deal with a third-party business.

The spaces will stock 20 of Hotel Chocolat’s products – a curated offer focused on year-round best-selling lines, rather than seasonal ranges. This will include boxed chocolate selections, vegan ranges, alcoholic drinks and the Velvetiser hot chocolate maker. The scope of the trial is also initially small, starting out in 27 Waitrose stores to give Hotel Chocolat the opportunity to be agile with the partnership.

A supermarket tie-up presents constructive and rewarding opportunities for both parties. For example, online electronics retailer AO World’s partnership with Tesco which formed in 2020 as part of a five-store trial. The success of that prompted AO World to recently announce it will launch in larger Tesco stores.

The partnership with Tesco worked so well for the electronics retailer that it reported sales of £1.66 billion in the year to the end of March. AO World boss John Roberts told The Times last month that sales were now “lapping the spike” of last year thanks to the tie-up.

Hotel Chocolat’s partnership with Waitrose marks an extension of its existing relationship with the John Lewis Partnership. Thirlwell explained that the partnership was not just about “shoving a box of Hotel Chocolat’s products on a shelf next to Thorntons and Cadbury’s”, but rather about “carving out zones where it can have a bit of air and light around it”.

“We wanted to preserve the brand and how it feels like when you buy from us, and it’s really about commoditization,” he told Retail Gazette.

“Do we want our products risk being commoditised? Or do we want to protect the enjoyment of them, which includes the purchasing experience?

“That’s why when we first started working with any third parties, we started with John Lewis, and we said we need our own dedicated space, and that we’re not keen on being put on the shelf, no matter how nice it is. We need a dedicated space of our own.”

The supermarket tie-up has lots of similarities to fellow chocolatier Thorntons’ venture into grocery partnerships.

However, since it partnered with various grocers such as Sainsbury’s and Tesco in 2001, Thorntons has reported consecutive declines in sales and revenues. In March this year, the chocolate retailer announced plans to permanently close its entire UK store estate of 61 sites, affecting 603 workers. It would instead continue to trade as an online retailer.

As the Covid-19 pandemic had affected in-store trading due to lockdown restrictions, Thorntons said online sales would be key as it recorded a 71 per cent rise in ecommerce sales in the last year.

Arguably, Thorntons’ offerings in supermarkets gave it a run-of-the-mill effect with its products being readily available. Although its products appeared mass market, its prices still suggested a premium product.

Nevertheless, Thorntons failed to embrace key partnerships with retailers – especially with the likes of Amazon, Ocado and John Lewis – which Hotel Chocolat has already established.

As Hotel Chocolat has demonstrated, offers such as a subscription box service, a diverse core product offering such as coffee and alcoholic drinks, and an ethical business model named “Engaged Ethics scheme” have been proving popular with consumers.

Thorntons on the other hand has been struggling with its profitability since the late 1990s. The retailer’s difficulties saw its share price plunge from a high of nearly 300 pence in 1998 to as low as 85 pence at the turn of the century.

“The Waitrose partnership has been carefully considered rather than rushed. I’ve built the brand so I’m most protective about it and failure isn’t going to happen on my watch,” he said.

Chris Elliott, head of market insights at ecommerce provider Ascential Edge, said Waitrose was the best bricks-and-mortar supermarket for Hotel Chocolat to operate within because it already has an existing partnership with John Lewis online, “so this will alleviate any potential issues with distribution”.

“Waitrose also tends to have more affluent shoppers which are well suited to Hotel Chocolat’s offering,” he said.

Suzi Bentley-Tanner, strategy director at creative agency Engine Transformation, argued that Thorntons diluted its positioning as a premium confectioner when it became available on many supermarket shelves, and ultimately became a mass product.

“Hotel Chocolat is already available in John Lewis, but by partnering with Waitrose, the ‘poshest’ of supermarkets, Hotel Chocolat can maintain its high-end offering, by selling a small range of core products, at a similar price point as their own stores,” she explained.

“Hotel Chocolat, with fewer outlets than Thorntons, can use this partnership to expand access to their products more widely.”

Bentley-Tanner added that the danger remains that with 100 stores, the Waitrose partnership could “cannibalise” high street sales for Hotel Chocolat.

“The answer may be in creating a small suite of products exclusively for supermarket sale, and to continue to innovate and offer a larger range through the retail model,” she said.

“There may also be a strategy to shift focus away from the high street, reducing the retail estate, and using premium department stores and supermarkets for wider distribution.”

Elliot said Hotel Chocolat’s move to partner with Waitrose to sell some of its best sellers in-store would cause many to liken it to Thorntons and its partnerships before its decline. However, he argued that Waitrose has fewer stores than most other supermarket chains, which will ensure that there is limited pressure on Hotel Chocolat’s existing store estate.

“Location is also an important factor; Waitrose stores don’t tend to be centrally located unlike say the convenience arms of Tesco – Express and Metro – and with many Hotel Chocolat stores located on the high street and as concessions in areas such as train stations, this should limit competition between the two,” Elliot told Retail Gazette.

He added that partnerships were not the main factor in Thorntons’ downfall.

“It was Thorntons’ failure to successfully embrace ecommerce that played a significant factor in its decline,” he said.

“Hotel Chocolat already has a far more robust online presence both in the form of its own site and from the partnerships it has with the likes of Amazon and Ocado, which gives it a strong core that allows it to trial new projects such this Waitrose partnership.”

Retail Gazette has contacted both Thorntons and Waitrose for comment. 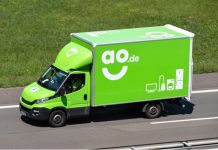 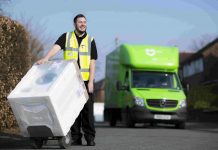