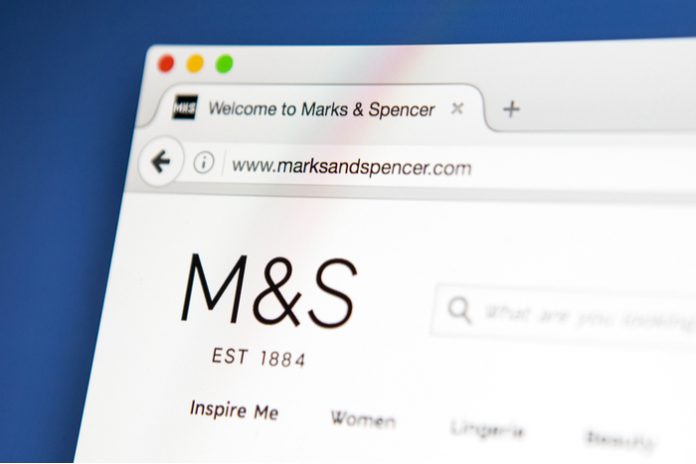 There are many clear positives for retailers dabbling in partnerships with third-party brands on their ecommerce platforms.

Adding a third party brand allows retailers to trial the introduction of new types of products and new focuses for products without having to go through the product development. They also provide the chance for retailers to extend their offering in front of another brand’s audience.

Arguably, brands could be deterred from launching on a retailers’ platform, particularly as they can take a cut of anywhere between 10 per cent and 30 per cent on each sale. But this means the retailer would also have little control over how their brand is presented on a third-party site – which could be recommending complementary purchases from a competitor, for instance.

Working with brands is undoubtedly a crucial part of being a retailer, which is why John Lewis, Next and Marks & Spencer have launched third-party brands on their ecommerce platforms in recent times.

John Lewis said the chosen brands, which consist of athleisure, casual wardrobe choices and pyjamas, “respond directly to the new needs of the nation”.

John Lewis was not the only competition in the market. Earlier this year, M&S announced it would add third party fashion brands such as Joules, Triumph and Hobbs to its online offer as it seeks to “turbocharge” growth.

A total of 11 brands such as Jack & Jones, Phase Eight, Seasalt Cornwall, Sloggi and White Stuff have since been added to M&S’s ecommerce store under the banner “Brands at M&S”. They are an extension of the high street giant’s new strategy of selling third-party brands, with existing tie-ups with the likes of Nobody’s Child and Ghost, and kidswear names including Ben Sherman and Original Penguin.

M&S said the move, part of its Never the Same Again turnaround strategy, aimed to make its clothing business more relevant to customers.

However, retail expert Nelson Blackley told Retail Gazette that it was unlikely that M&S’s new third-party brands would necessarily bring in new shoppers – which is currently the biggest challenge for the retailer.

“As M&S has done, the introduction of brands such as Joules, Phase Eight, Seasalt and White Stuff make sense as there is overlap between the M&S target customer and many of these brands,” he said.

“The host retailer can also of course suffer reputational damage if, for example a third party brand doesn’t source responsibly, or there are questions around the working conditions of those involved in the garment manufacturing process.”

Blackley added that the introduction of third-party brands can be an “effective” way to use surplus store space and also increase the dwell time of shoppers in store.

“The risk of course is that some sales transfer from the higher margin in-house brands to third party brands,” he said.

Meanwhile, Next features products from the likes of Adidas, Oliver Bonas and Boohoo-owned Dorothy Perkins, while last year it signed a joint venture agreement to sell lingerie brand Victoria’s Secret.

In a turn of events, John Lewis was criticised earlier this month for claiming “ridiculous” fees from third-party brands to stock their products. The retailer’s chair Dame Sharon White enlisted Alix Partners to renegotiate supplier contracts, under which brands pay John Lewis up to 50 per cent of every sale in commissions and fees.

Seasalt has since decided to cut ties with John Lewis, saying it would push its offering in M&S and Next instead, while two other unnamed brands had negotiated for discounts.

Next arguably presents a huge threat to John Lewis as it undercuts the retailer, charging commission of 38 per cent to sell on its website.

John Lewis’ decision to charge third-party brands with high fees poses a risk to the retailer, but while it loses brands to other retailers, it presents an opportunity for retailers to learn from any missteps.

Blackley said retailers that have already formed partnerships need to be aware that they don’t necessarily have a monopoly and that popular and high-profile third-party brands can, and will, move if they feel they are not getting the support the expect.

“A recent case in point is of course Seasalt, who announced it has walked away from its deal with John Lewis for ‘strategic reasons’ and so will now focus on its own channels and its partnerships with Next and M&S.

“The significantly higher commission reportedly being charged by John Lewis may well have been behind the decision.”

He added that as the traditional department store model comes under increasing pressure, the move into online marketplaces by many fashion retailers has increased – and for obvious reasons.

“These digital platforms, in particular both Asos and Boohoo, are snapping up failing department store brands and reinventing them online. Even M&S are following this trend with their purchase of the Jaeger brand,” Blackley said.

“Next of course has a long-established third-party brand business and part of their appeal as a retail partner is undoubtedly their expertise, which has seen them develop their ‘total platform’ service, with Next running their ecommerce, warehousing and logistics operations for third party brands.”

Jim Mann, acquisitions director at ecommerce firm Thrasio, argued that retailers needed to recognise that the power dynamic has changed.

“Third-party brands were once beholden to large retailers. This enabled them to dictate terms,” he said.

“Now, third-party brands have access to huge customer bases via platforms such as Amazon or eBay.

“For retailers to remain an attractive proposition, they need to focus on enhancing the benefits that third-party brands can’t get from online marketplaces. The primary ways this can be done is by making the in-store experience for customers more engaging and enjoyable.”

He added that going direct to market or via a partner with reach, whether that’s John Lewis or Amazon, was an age-old question in retail.

“While of course fee structures can eat into margins, it’s often a win-win situation for brands and platforms. Brands can get plenty of eyes on their products without big upfront costs to build awareness, and platforms have a diverse range of stock that keeps visitors coming back,” he said.

“When it comes to keeping relationships on track, Amazon is a good example. It has kept on good terms with sellers because it’s got a hugely beneficial operating structure, not to mention 300 million global customers.

“Amazon offers sellers a range of flexible options, transparent fees and simple contracting. This means sellers do not need to get bogged down in contract negotiations, worry about late payment or other cashflow issues, and can decide how much of their operations infrastructure they want Amazon to undertake.”

Greg Watts, chief executive of IT company Findr said third-party brand partnerships were “vital” in today’s retail landscape – and particularly for retailers that have struggled due to the pandemic.

“Partnering with a third-party can increase customer choice and widen the customer base for both parties, generating increased footfall or site visits, sales and loyalty,” he told Retail Gazette.

“However, picking the wrong partner can damage both brands and impact consumer perception.

“The key to getting it right is to establish clear shared objectives and a structured way of working and measuring from the outset which will minimise any surprises along the way.”