// John Lewis considers building 10,000 homes over the next decade

John Lewis has revealed it is considering building 10,000 homes over the next decade as it seeks to boost fortunes by becoming a landlord.

The department store chain is eyeing sites above Waitrose supermarkets, which would range from studio flats to four-bedroom houses.

The Partnership has identified enough excess space on the land it owns to build at least 7000 homes.

The properties, which will range from studio flats to four-bedroom houses, will be built on sites owned by the chain, above Waitrose supermarkets or on land next to the company’s distribution centres.

Tenants would have the option of renting the property fully furnished with the department store’s products or using their own.

The first John Lewis homes are planned for south-east England but the group believes there are opportunities across the country. 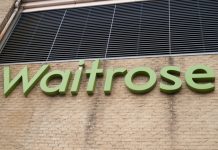