Marks & Spencer has become the latest retailer to announce that it will offer new lorry drivers a sign-on bonus as part of efforts to tackle the wider HGV driver shortage crisis.

The high street stalwart said that from this month, new drivers joining M&S’s logistics partner Gist can earn up to £5000 in incentives through a combination of a £2000 sign-on bonus and up to three additional retention payments.

Drivers can also benefit from discounts and a “generous” pension, as well as training and career development schemes.

The news comes shortly after it was revealed that Aldi was set to hike the wages it pays to lorry drivers, while last week Tesco said it would offer a £1000 joining bonus to lorry drivers who join the Big 4 grocer between July 1 and the end of September.

Supermarkets had to reassure customers last month that there was no need to panic buy following pictures of half-empty shelves and reports of temporary shortages brought about by a nationwide lorry driver shortage.

The Road Haulage Association (RHA) previously said it believes there is a shortfall of about 60,000 haulage drivers in the UK after around 30,000 HGV driving tests did not take place last year due to the coronavirus pandemic.

Hauliers blamed the shortage on a large proportion of drivers being foreign nationals from European countries who had returned to the EU amid Brexit changes, combined with truck drivers not being included on the government’s list of skilled labour, leaving new arrivals needing immigration paperwork.

The so-called “pingdemic” is also thought to be having an impact on the driver shortage.

The UK Government has since introduced emergency measures which it says will protect food supplies, allowing thousands of workers – including drivers – to avoid the need to self-isolate if identified as a contact of a Covid case.

The government also pledged to support recruitment and retention in the HGV industry, in addition to other measures like giving drivers more official parking spaces and boosting standards of lorry parks to help encourage hauliers to stay in the sector.

However, the plans were criticised by the RHA for failing to address “critical” short-term issues in the sector. 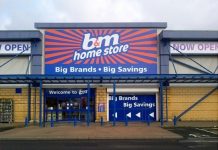 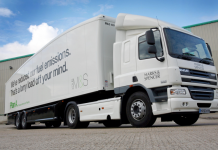 11,000 HGV drivers to be trained under new scheme