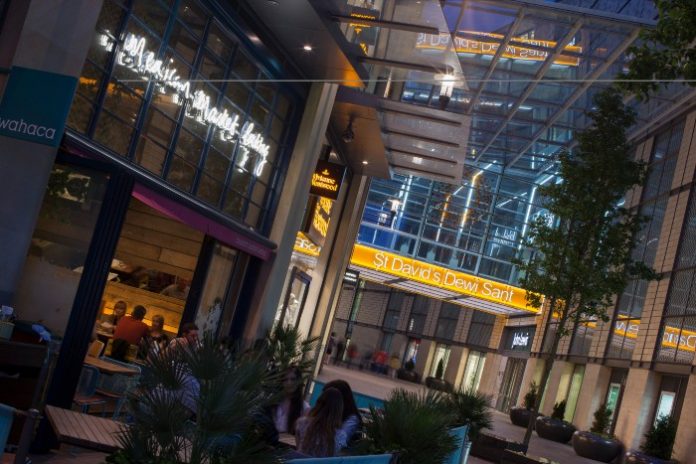 St David’s shopping centre in Cardiff, Wales first opened to the public in 1981 and is one of the UK’s busiest centres owing to its extension in 2009, which cost a total of £675 million.

The new development added an extra 967,500sq ft of retail space to the city centre, in addition to the 260,000sq ft John Lewis department store, nine other large stores, and a further 90 smaller shops in a two-tiered shopping mall have been built.

The project hoped to make Cardiff one of the top five shopping destinations in the UK, with many of the retailers in the second phase of the centre being new to Cardiff, such as John Lewis, Apple, Hollister, and Victoria’s Secret.

The entrance on Hills Street connects to the northern entrance of the second phase of the shopping centre, open at street level and via an enclosed bridge on the first floor. It is also joined internally with Queens Arcade. 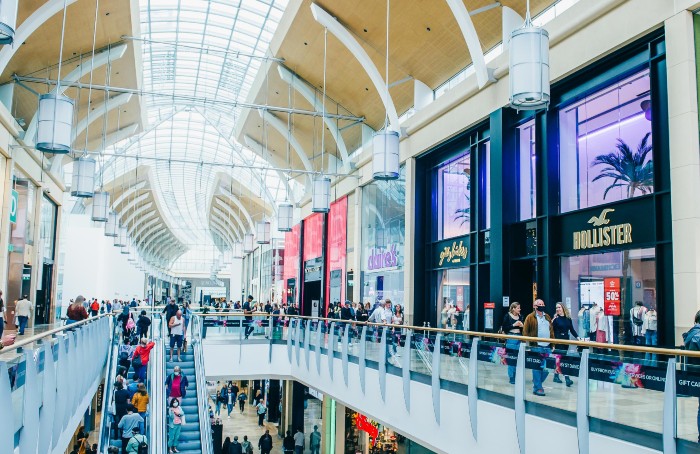 St David’s centre director James Waugh told Retail Gazette that St David’s has regained 80 per cent of its footfall since indoor activities were approved in May for Wales as part of easing Covid-19 restrictions.

Waugh ensured that the current mask-wearing rules are not deterring shoppers from the centre as people have become accustomed to the restrictions. St David’s also remained open throughout lockdown to serve customers due to its essential retail tenants.

Waugh said bringing in hygiene measures to the centre was a big project as retailers across the UK “went into the unknown”.

“Footfall has come back quickly,” he reflected.

“We’re still waiting for more people to come back, and that’s largely because people are still working from home and aren’t in their offices.

“We are trying to make people feel safe. Shoppers will go wherever they feel safest.” 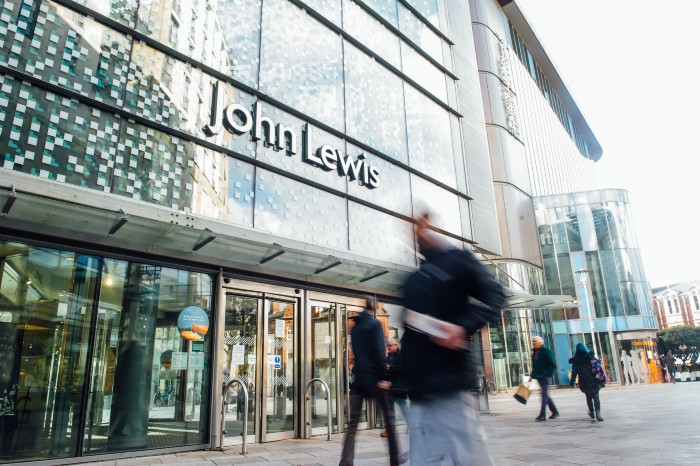 Last year, St David’s launched “Made in Wales”, an initiative supporting local retail businesses with the opportunity to win a store and six-month lease.

The centre’s owners, St David’s Partnership, said the campaign was designed to provide an opportunity for a Welsh-based retail business to benefit from a pop-up retail space to grow its audience within the region.

Waugh said the centre was working with local retailers because “we can’t survive on our own”.

“It’s about making people aware of our city, not just in Wales, but also within the rest of the UK as well.”

Waugh added that Cardiff’s famous Queen Street is currently being reenergised and more greenery is being added to the area – which will help draw footfall. He also ensured that St David’s has an “active leasing programme” for national and international retailers and currently has a 10 per cent vacancy rate.

“Our residential development consists of 304 flats. This was launched as part of the extension 12 years ago,” Waugh said.

He told Retail Gazette that St David’s offered the largest student night offers prior to the pandemic.

“Half of Cardiff’s population is under 35. It’s a cosmopolitan city,” he said.

He added that the centre also focuses on an international audience, and will be bringing in more luxury retailers to add it to the mix.

However, Waugh warned it was important for retail destinations to adapt and not just focus on one particular demographic.

“The biggest threat to retail right now is not adapting and being complacent,” he said.

“We recognise that we have to be part of the community.

“We recognise that we have to constantly reinvent ourselves and give people a reason for returning.

“When people visit St David’s, it’s their leisure time. We mustn’t take that for granted.

“We constantly have to surprise and delight.”