The boom of online shopping was heavily accelerated during the Covid-19 pandemic, but after three lockdowns and a more recent end to legal restrictions across England, 40 per cent of shoppers said they now plan to now increase their in-store spending, according the survey conducted by Barclays Corporate Banking.

The research also revealed that home and hybrid working patterns are likely to help local high streets across both town and city centres, with 16 per cent of workers expecting to work entirely from home and 28 per cent anticipating a flexible part-home, part-office model.

But is this enough to boost footfall and save high streets?

Maxwell McCann, founder of online meal kit retailer Meals with Max, said in the short term, this could be a viable solution but there was a chance there could be significant long term effects.

“I don’t believe the amount of stores opening is likely to boost footfall alone but opening many stores will certainly increase the competition on the high street, and that’s something all stores should be considering,” he told Retail Gazette.

McCann said that high streets saw spikes in footfall following the initial easing of Covid restrictions as previously everyone had been stuck indoors, but warned that as normality returns, the current buzz of stores opening again may wear off. Especially now as Brits are able to socialise and leave their houses

“Much like when people are buzzing to get fit and healthy in the New Year… gyms are packed full throughout January and then this soon decreases as the buzz wares off,” he added.

“In order to succeed in the long term, and to stay ahead of the competition, stores need to make the customers’ experience unforgettable and give them a reason to keep coming back.

“Re-opening stores the same as they were before simply won’t cut it for the long term.

“To survive past the initial buzz of stores opening, I feel that serious innovation is needed in retail stores and store owners should consider taking advantage of new technologies that are emerging like VR.”

“Efficiency and experience are key”

McCann said that while working from home could be positive for local high streets, one thing retailers can’t ignore is the ever-growing demand for convenience, especially as more online retailers are offering same day delivery.

“Amazon have shown great innovation with in-store efficiency following the opening of their till-less stores,” he said.

“I think this is a fantastic concept and is just a glimpse of the innovation we can expect over the coming years.”

A quarter of consumers have said that the best way a retailer can appeal to them is to open stores in their local area, leading to many retailers reviewing their location strategies. This change could could mean a shift away from traditional shopping centres and city centres.

Charlotte Gatward, from the family-run jeweller Gatwards Of Hitchin, said this was already happening.

“As a jeweller in a commuter town, we have seen increased footfall from people who were working in London but are now working from home,” she told Retail Gazette.

She said they shoppers have been rediscovering their local high streets, which is great news for small businesses like theirs but inevitably not good news for those located in city centres and shopping centres. 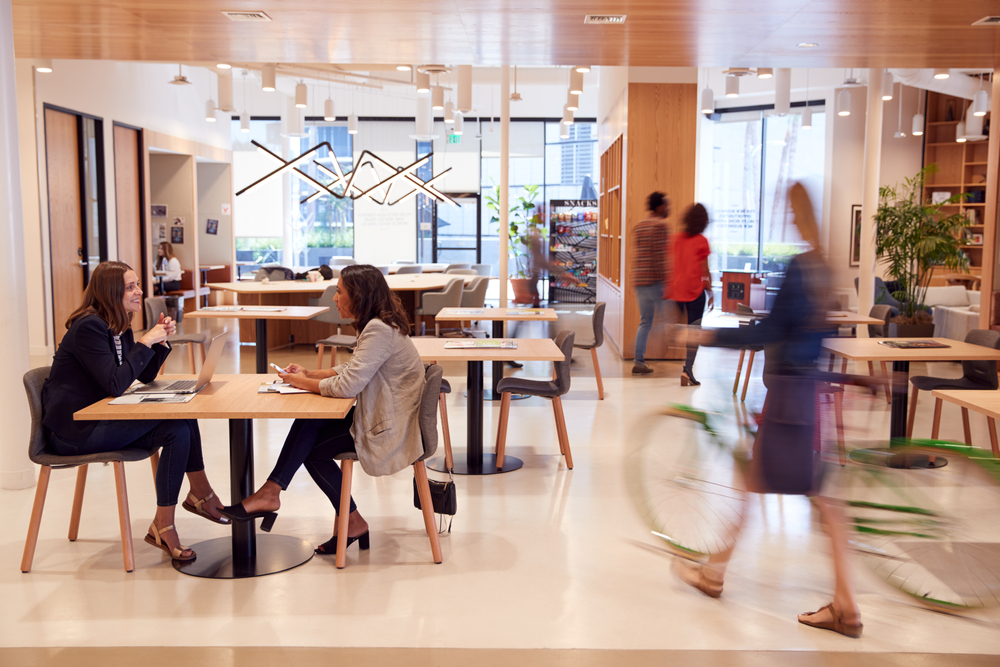 “This is great news for high streets, for local communities and the businesses who serve them.

“Figures for May and June show that footfall and retail spending is up. Unsurprisingly, there is a lot of pent-up demand.

“But this is more than a short-term reaction to restrictions being eased. It’s reflective of shifts in consumer attitudes and demand, which have been accelerated ten-fold by the pandemic.”

Alvet added that while people value the extra time they have won by not commuting five days a week, it doesn’t mean they want to spend the whole day sitting at the same desk.

“They want to get out of the house, switch-up their working environment and have a change of scene. Which is reflective of another consumer trend impacted by the pandemic – the huge increase in focus on physical and mental wellbeing,” he explained.

“People want to leave the house, and they want to do more than one thing. They might pop for a coffee, work locally for a couple of hours, then pick up some shopping on the way back.”

While there are doubts a march towards hybrid working models could revive the high streets, the Federation of Small Businesses national chair Mike Cherry said it was clear that the “growth of online retailing has impacted small businesses on the high street, yet more than two thirds of small firms say face to face or in store is the most common method of engaging with their customers.”

“We also know that many small firms developed a new or bigger online presence since the start of the first lockdown to try to adapt to a rapidly changing situation,” he added.

“But for most, the adoption of online methods will have complemented their existing physical presence, rather than replace it.”

Cherry said that with the current focus on working from home and other flexible arrangements, retailers that are located in a consumer’s local area will have become more important.

“Instead of doing the vast majority of their spending near their workplace, many workers will have instead been popping to their nearby bakers for a sandwich or frequenting the local greengrocers,” he explained.

“We expect this focus on local high streets and businesses to continue as employers look towards bringing in a more flexible approach to working on a permanent basis.”

Cherry added that if the government wanted to encourage more retailers to open stores on the high street, then “our current business rates system needs urgent reform”.

“It’s long been known that the business rates system is broken and the publication of the fundamental downward review into business rates due later this year will be critical,” he said.

Property advisor Will Kinnear said: “The high street needs to be reset by understanding how towns and cities were originally formed; with retail blended with other uses – leisure, workspaces and residential.”

He explained that the challenge now is for councils and property owners to create a cohesive plan to make sure these spaces work for people.

This requires all stakeholders to think about how people use spaces – we know that for sustained amounts of time, office employees are more productive with natural light.

“It’s an exciting opportunity to reimagine our towns and cities – and fundamentally rebuild our communities by utilising the infrastructure that is already in place,” Kinnear added.

“Flexible workspace should be an integral part of this by providing relevant, in demand space that people want to be located in.”