Prior to the Covid-19 pandemic, an independent study estimated that Gen Z’s direct and indirect spending power reached up to $143 billion, a level of financial influence that made brands and retailers alike stand up and take note.

Now that all legal Covid restrictions have ceased across the UK, these younger shoppers are expecting the same digital and interactive elements they have access to online within physical retail spaces when venturing out.

Last year Harrods launched and expanded H Beauty, which offers a range of premium and luxury brands under one roof as well as onsite treatments, consultations and demonstrations.

While in July, the luxury department store launched a clothing rental service in partnership with My Wardrobe HQ in a bid to tap into shoppers seeking sustainable fashion options.

This came a month after a new report from Depop revealed that Gen Z’s shopping behaviours are “strongly influenced” by brands commitments to social and environmental sustainability.

When it comes to sustainability, 90 per cent of Gen Z consumers surveyed said they have made changes to be more sustainable in their daily lives and more sustainable fashion practices play a central role.

“The department store concept isn’t completely irrelevant in terms of how younger generations shop, but it does need to be updated in order to fully resonate,” she told Retail Gazette.

“Gen Z is a group of social shoppers- they enjoy making shopping a shared experience for themselves and their peers, and department stores structurally haven’t been super conducive to indulging that desire. These efforts will cater to Gen Z’s appreciation of mall culture and destination shopping.”

Oliver Guy, Senior Director, Industry Solutions at Software AG explained that now because Gen Z makes up more than a third of the global population, “Selfridges and Harrods are right to try and attract younger shoppers into stores and retailers who ignore them will face their own peril.

“The key reason for this is that we are in an age whereby consumer habits commence with younger generations and move onto older generations.”

He noted Instagram as a key example as it started with teenagers but now the older generations are also avid users.

“Retailers investing to meet the requirements of Gen Z is not so much about spending power now, but about the generational influence it will have in the future as they lay the foundations for the future of living,” he added.

“The things that Gen Z look for in retail experiences set a high bar and are areas in which other generational cohorts will also desire one day.”

“Physical retail has to appeal to all – Expectations have adapted”

While department stores look to target these younger shoppers, can they do so successfully without alienating older consumers?

Daniel Todaro, Managing Director of Gekko, the marketing and experiential agency said it is possible: “Look at those who do it well with all age groups, the likes of Lush, Urban Outfitters, Apple and any sports brands stores.”

“They offer a little bit of something for all enhanced with great customer service.

“It needs to be somewhere people plan to go, not just need to go. This is especially true for Gen Z, those digital natives who perhaps seek something that their online world does not provide,” he added.

“The introduction of physical ‘pop ups’ in-store or tailored shopping destinations are designed to unite rather than alienate shoppers, and bring them to together in a universal experience which goes beyond ‘just shopping’.

“In a world that has seen the adoption of online shopping increase so rapidly, these experiences are key to entice new customers in store, regardless of generation.

“That said, traditional retailers do need to be wary of not becoming too focused on the interests of younger generations at the expense of older consumers.”

Ed Hill, SVP EMEA at Bazaarvoice explained that these new offerings such as Selfridge’s gaming destination and Harrods’ H Beauty stores will see younger and older shoppers alike opting to visit department stores, which traditionally have been seen to be more exclusive to older consumer groups.

He added that the disposable income available to the baby boomer generation is essential for the luxury market, something the likes of Harrods and Selfridges has built itself upon.

“Older consumers might be more convenience driven, compared to younger generations which are attracted by visuals and engaging experiences, but they all want a smooth and seamless shopping journey which provides the outcome they entered the store looking for,” Ed said.

“All retail journeys and experiences should be optimised to appeal to all generations.”

“Ultimately, every consumer is looking for good customer experience”

“That doesn’t mean they won’t buy things, but it does mean that retailers need to do more to create the events that lead to products. Department stores especially, since many brands they carry are available direct from the brands themselves or pretty much any place you want to look online.”

When asked if department store retailers are simply focusing on experiential retail rather than Gen Z shoppers, Ed Hill explained that department stores have been faced with a real battle for some time, and the pandemic has done nothing to help this.

“Experiential retail has become a focus for retail across the board, particularly as consumers seek heightened social experiences that have been missing for 18 months,” he added.

“There’s no doubt that department stores need to adapt and appeal to Gen Z shoppers, like every retailer does, and partnerships with brands that provide experiential experiences – as seen in Selfridge’s collaboration with Smartech for its gaming PlayHouse  –  can be a vital lifeline for retailers looking to remain relevant amongst younger audiences.”

After the last year wherein digital commerce has been at the fore, what has become clear is that physical retail needs to meet customer expectations and offer them the same interactive experience that they have online.

Nikki Baird said the problem is that many department stores have mistaken their company history for their brand.

“Department stores have a long and storied history, but they have let that history be what defines them to their customers,” she explained.

“That only has relevancy to older shoppers who have that shared history.”

Baird said that in digital-led retailing, “who” the brand is becomes the most important thing, because it’s what is most easily conveyed online.

“‘I have the best brands’ – what most department stores really have as their brand – does not translate,” she added.

“I think even the department stores that have invested in technology to revamp their image have gained some traction with Gen Z because they have cool ways to engage, but none of them have really invested in a true sense of brand or lifestyle that is differentiated from any other brand or retailer, and they will continue to struggle for relevancy until they do.”

Why have department store retailers been behind trends in recent years?

Melissa Minkow explained that because consumers don’t shop as frequently anymore with a specific brand in mind- they shop by category, the way department stores are merchandised doesn’t appeal to current shopping behaviours.

She added that the usual price points found in department stores tend to sit in the mid-range, which has been a decreasingly successful spot for retailers.

“It’s not necessarily that department stores have been behind trends, it’s more that they just don’t offer a value proposition suited to current consumer behaviours,” she said.

“Finally, with the rise of social media, retail has become an extremely quick-turn space for assortment. The Department Store model isn’t meant for this fast-fashion dominant retail culture.”

Lisette Huyskamp, chief marketing officer at Productsup added: “Department stores have undoubtedly struggled to keep up with digitalisation trends owing to the sheer volume of different product ranges that they offer.”

“Certain high street retailers have moved towards a successful omnichannel approach but many department stores have struggled to play catch-up in recent years and keep pace.

“While not a department store, a great example of what can happen when things go wrong is GAP. The American clothing company failed to invest heavily enough in its digital offering, resulting in severe job losses and the closure of all its UK and Ireland stores.

“Therefore, the John Lewis and Selfridges of the high street must hone in on what they do best and amplify this across multiple channels to truly offer customers a compelling experience that spans across in-store and online.”

Last month news broke that Amazon was looking to enter into department stores, leading many to ask if the ecommerce giant would disrupt existing retailers, much like it did for grocers across the UK after Amazon Go and Fresh opened doors.

Oliver Guy spoke on Amazon’s recent plans and said the new changes will accelerate how quickly organisations see that reinventing the store is essential.

“Other department stores only have one purpose – transactions,” he explained.

“Amazon’s venture will shake up the industry to provide new offerings and experiences to customers. Retailers will be watching carefully and working out how they are going to adapt to reflect this.”

Melissa Minkow added that department store brands that have been able to survive this rough retail period will likely uncover and borrow some best practices from Amazon’s efforts, while learning from the pitfalls.

“I wouldn’t say this move will revive the sector as a whole, but smart department retailers will learn from both the good and bad that come out of this experiment because Amazon is willing to take risks a heritage sector wouldn’t typically take,” said Minkow.

“In particular, Amazon’s move will force heritage department stores to rethink how convenient and seamlessly shoppable they are for consumers.

“Some of the reasons department stores have struggled- unpredictable inventory, staffing shortages, non-intuitive merchandising- will hopefully end up changing after Amazon executes in an exemplary way against those issues.

She explained that this could spur an overhaul of all current CX-related strategies for retailers such as John Lewis and Selfridges. 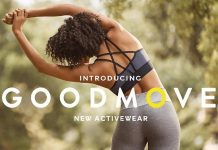