Sainsbury’s has come under fire after introducing a 30p surcharge for air at its petrol stations nationwide.

Until now drivers wanting to top up their tyres at garages across the country have not had to pay, but a new charge has now been applied.

The cost means motorists who are topping up their vehicle’s air pressure will have to pay an upfront fee in the same way Tesco imposes the air levy.

Free water has also been replaced, with punters charged £1 or screenwash.

One driver told The Sun newspaper: “Had to pay twice for air on your new money-grabbing machine as three mins isn’t enough for Landrover tyres.

“Given the profits you lot make it’s pathetic that you are charging for this. Won’t buy fuel there again.”

A Sainsbury’s spokesman said: “We regularly review the services we provide our customers.

“We have invested in the facilities at our petrol filling stations, offering a variety of services including screen wash air towers and contactless payment options, offering even more convenience for our customers.” 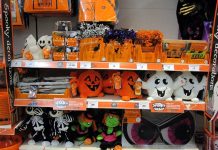