Shares at Sainsbury’s have surged following reports that the US private equity firm Apollo is considering a bid of more than £7 billion for the supermarket chain.

The grocer’s stock jumped more than 12 per cent in early trading as the market digested the news.

Private equity firms are currently on a buying frenzy in the UK, with the latest activity coming last week in the form of a £7 billion takeover offer for Morrisons by Clayton Dubilier & Rice (CD&R).

The Sunday Times reported that New York investment giant Apollo is “running the rule” over Sainsbury’s, after it missed out on Asda last year following a bidding war with rival private equity firms.

Sainsbury’s has a market value of around £6.87 billion, and counts Qatar’s sovereign wealth fund as its largest shareholder, with almost 15 per cent of voting rights.

Apollo still remains in talks with a consortium led by private equity rival Fortress to potentially join the group’s takeover offer for Morrisons, for the UK’s fourth largest grocer.

The Fortress-led consortium had been in the driving seat to buy Morrisons for £6.7 billion until rival CD&R laid a £7 billion offer on Thursday evening. 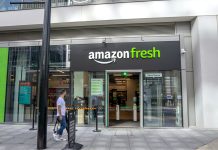