Tesco has called on the government to make urgent changes to the Apprenticeship Levy enabling it to train thousands of new employees as the industry scrambles to find staff.

The UK’s Apprenticeship Levy, introduced in 2017 requiring all businesses of a certain size to set aside 0.5 per cent of their annual pay bill to train young workers, could be the answer to the ongoing staff shortage crisis in the UK, Tesco has said.

According to a new report from Public First, produced for Tesco, simple adjustments to how companies are allowed to spend the fund would mean 8000 more apprentices a year could be trained, including 500 at Tesco.

It comes as the pandemic has driven down the number of available apprenticeships in the UK, exacerbating the staff shortage crisis affecting retail, hospitality and supply chains across British industry.

READ MORE: Over £3b in Apprenticeship Levy funds remain unused

In the five months to January 2021, the number of apprenticeships fell 18 per cent, meaning 36,700 fewer roles available.

Tesco believes that by increasing flexibility in how the fund is spent, they will be able to offer broader training, short courses and more retail specific training.

It also said it would enable them to teach apprentices how to drive, helping ease the pressure on delivery and haulage industries also crippled by shortages.

Among its proposals, Tesco has suggested that £1 in every £10 of the levy’s funds goes towards “high quality pre-employment and pre-apprenticeship programmes”.

Tesco chief executive, Ken Murphy, said: “This report shows that what we do as a business has an impact on everyone around us, not just our customers and colleagues, but also the local communities we operate in.

“It is fantastic to see the contribution of Tesco so far, but I know there is more we can do and we are absolutely ready to play our part as the UK rebuilds following the pandemic.

“There is a real opportunity here to boost jobs growth, after one of the most challenging years.

“What we’re asking for is simply the flexibility to use the Apprenticeship Levy to its full potential and give young people the valuable skills, training and experience that will translate into better opportunities in their careers.”

The report also revealed that Tesco, the UK’s largest grocer, employs 300,000 people in the UK and supports a whopping 1 million jobs across its supply chain, representing around £53 billion for the country’s economy. 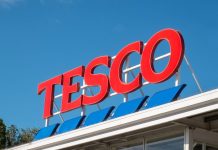