Converting underutilised retail space into apartments is not a novel idea, but it’s gaining fresh attention from landlords, especially as pandemic-fuelled ecommerce and remote work trends continue to empty brick-and-mortar stores across the UK.

In market towns across the UK, a major shift is underway which is seeing swathes of the high street being demolished and converted into flats and new builds in an overhaul of once thriving community centres.

Many of these stores have struggled to adapt to the rise of online shopping. As purchasing increasingly moves online – the question remains of what to do with all the empty space on the high street.

Research by estate agent Savills suggests the UK may already have 40 per cent excess retail space.

In April, the City of London announced plans to convert premises vacant by Covid into 1500 new homes by 2030 in a bid to “adapt to post-pandemic economic and social trends”.

Officials across the country are increasingly turning to housing to fill up empty retail units, with the government set to relax planning laws to make shop conversions easier.

It is evident that chain stores are moving out of the high street. Recent high-profile deals, such as online fashion retailer Asos’ purchase of high street brands including Topshop and Miss Selfridge from the Arcadia group, and the acquisition of Debenhams by another online business, Boohoo, have cemented the trend.

Neither deal includes any physical shops, meaning that 118 Debenhams stores and a further 70 Arcadia shops are closing. 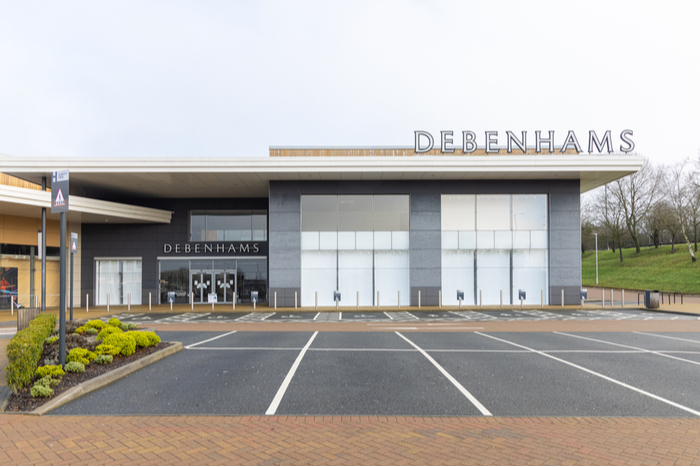 As a rule, smaller units, like those occupied by Topshop or Miss Selfridge, have been easier to let or repurpose than large department stores, like Debenhams.

While Arcadia spaces have been easier to fill up due to their individual units, Debenhams sites are arguably harder to fill because of their larger floor space.

Evidently, Arcadia’s Topshop spaces are already being filled up by fellow retailers. But Debenhams’ empty store spaces have recently been lined up to be converted into residential schemes.

Most recently, the Debenhams store in Staines was acquired by a developer to be converted into 250 homes.

Last month, a planning application was put forward for the former Debenhams store in Northampton to redevelop the building into 201 student flats.

Before the pandemic, chain store closures and a declining demand for retail space caused rents to fall and resulted in shorter lease lengths over the past few years.

The collapse of department store chain BHS four years ago arguably offers some lessons. Less than half of its 160 stores have been reoccupied, and 23 – around 15 per cent – repurposed or sub-divided.

An additional 23 stores have been completely demolished and 43 remain vacant, leaving massive voids in those town and city centres. 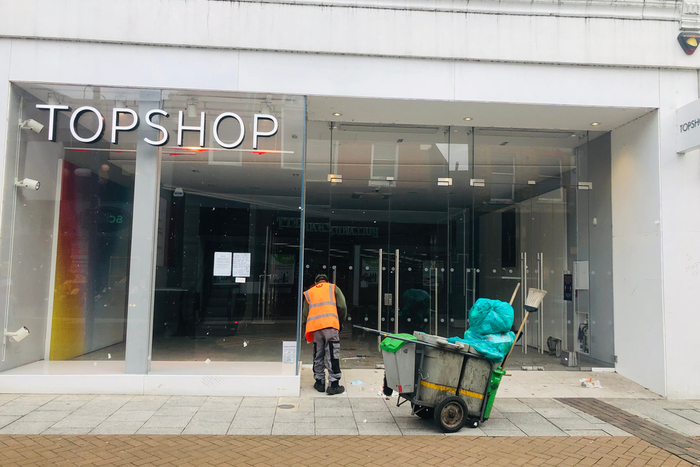 Nevertheless, the new digital era means business rates are widely believed to be giving a competitive advantage to online retailers who usually have less property at a lower rent per sq ft than bricks-and-mortar retailers.

Online retailers also have the advantage of a much higher turnover.

Mel Tymm, industry principal at software company Maginus, said the UK government could consider replacing business rates for bricks-and-mortar retailers with a sales tax or an increase in VAT, or offer a reduction in business rates for retailers in high streets, which could help to balance competition.

“The government could look to introduce an online sales tax which could be used to supplement the changes in the business rate system,” she said.

“There is quite simply no demand from retailers for such vast spaces – all that space is now held ‘virtually’ online,” he said.

“On the flip-side, there is huge pent-up demand for housing. Marry that to the government pushing brownfield site development, and also the COP24 preamble around developing existing buildings rather than demolishing them, and you have the perfect storm.

“Many might see department store closures as a doom and gloom scenario, but what we’re increasingly seeing now is developers and councils alike thinking differently, and optimistically, about the growing and changing needs of society.

“The housing shortage in this country is a very real dilemma.”

“People have access to affordable homes, while town centres get a much-needed injection of vibrant life,” he told Retail Gazette.

“That then attracts and creates demand for other types of holistic businesses and services these new residential communities need, such as medical, education, food, entertainment and green space.

“So, there’s the opportunity for thriving micro circular economies to crop up.”

However, Pearson argued that the con is it’s not a one size fits all solution.

“Developers and local councils need to ensure they are addressing the needs of the local community and there is infrastructure to support a new residential development,” he said.

“Otherwise, you run the risk of not being able to attract people to live there.”

The recent and inevitable collapse of Debenhams and Arcadia has undoubtedly magnified a problem for landlords.

The struggles of retailers to make bricks-and-mortar pay, coupled with the migration of shoppers online, means vacancy rates in town centres were already high.

Some sites will be taken by different retailers. Others could be repurposed. But many are expected to be neglected, with no economically viable alternative use.

This is unless local councils or the government intervene.