Post pandemic, retailers are beginning to resume trading as they look to get back on track now that all Covid-19 restrictions have ceased, but they’re currently facing a new challenge – staff shortages.

New data recently revealed that the UK’s retail industry lost 89,000 jobs in the second quarter of 2021 compared to the same period a year ago.

Despite strong retail sales in recent months, the number of retail jobs fell to 3.015 million during the quarter, according to the latest Office for National Statistics figures.

Helen Dickinson, the chief executive of the British Retail Consortium said the retail job numbers have been weighed down by a combination of continued low footfall across shopping centres and city centres, the rising number of vacant stores, and competition for jobs from the hospitality sector.

The number of retail job vacancies between June and August 2021 hit 1.03 million, the first time vacancies have risen over a million since records began.

Considering so many retail staff were left without jobs amid multiple nationwide lockdowns forcing non-essential businesses to close their doors, it is surprising that retailers are struggling to find new hires.

Fran Webb, area manager and specialist in retail recruitment at Reed said there are a few reasons why retailers are currently struggling to get new employees.

“The first, most obvious reason comes down to travel restrictions and Brexit,” he explained.

With little people movement, and the industry traditionally relyng heavily on EU nationals to fulfil retail roles, it makes sense that there a now staff shortages.

He added that the retail sector is also in direct competition with the hospitality industry and with the skillset across both sectors being relatively interchangeable, they are naturally fighting for the same candidates.

Additionally, both retail and hospitality have been the highest recruiters over the last three months causing a huge number of candidates to be taken off the marketplace almost immediately.

“With this in mind, companies want to keep the staff they have and are trying their best to keep employees happy,” Webb emphasised.

He added that another unfortunate reason which was highlighted throughout the pandemic was that “people no longer want to work in this industry due to the long hours, low pay, risk of being on the front line for Covid and job uncertainty.”

“It’s being felt throughout the retail sector and supporting industries,” he told Retail Gazette.

“The rapidly changing regulations made people with bills to pay, uncertain of their future in the retail sector, driving many to find alternative employment – typically something where they can work from home.

He added that it’s more of a challenge to hire right now than before both the pandemic and Brexit.

“The main issue is that it’s a competitive employment market, from the perspective of employers,” said Williams.

“It’s taking longer to secure the right employees than it would during more normal economic times.”

If that wasn’t enough, the current HGV driver shortage is also an issue which is affecting all retailers.

“There are a lot of incentives for new HGV drivers but we’re not seeing the wage increase or joining bonuses offered in that sector to frontline retail, hospitality or custodial staff,” Williams added.

While Covid is undoubtedly partially to blame for gaps in retail work forces, it doesn’t explain where all the previous retail staff have disappeared to.

Webb said that “Covid-19 has had a massive effect” on retail workers in particular.

“When reopening after the restrictions were relaxed, there was a huge recruitment demand put upon the marketplace which in turn took a vast proportion of candidates off the marketplace,” Webb explained.

“Also, due to the uncertainty, a lot of candidates decided to look at other careers for more security, as it was both retail and hospitality which got heavily hit during the pandemic.”

Alongside Covid he also added that the lack of EU nationals coming into the country has also resulted in a gap in the workforce market within the UK where there was once a huge EU workforce who fulfilled these roles.

Along with this a lot of these candidates went home due to Brexit with no plans of returning.

Webb emphasised that previously, an employer could get exactly what they wanted on-demand, but now due to the lack of candidates, employers will need to consider hiring people that they can train instead.

A spokesperson from Liverpool ONE added that the successive lockdowns have meant a lot of people left their original industries or sectors, either through redundancy, finding employment elsewhere, or making life decisions that took them in a different direction.

“For the retail and leisure sector, the situation has been even more acute given the historic reliance on younger workers (16 to 24), an element of the population impacted more severely by the pandemic.” 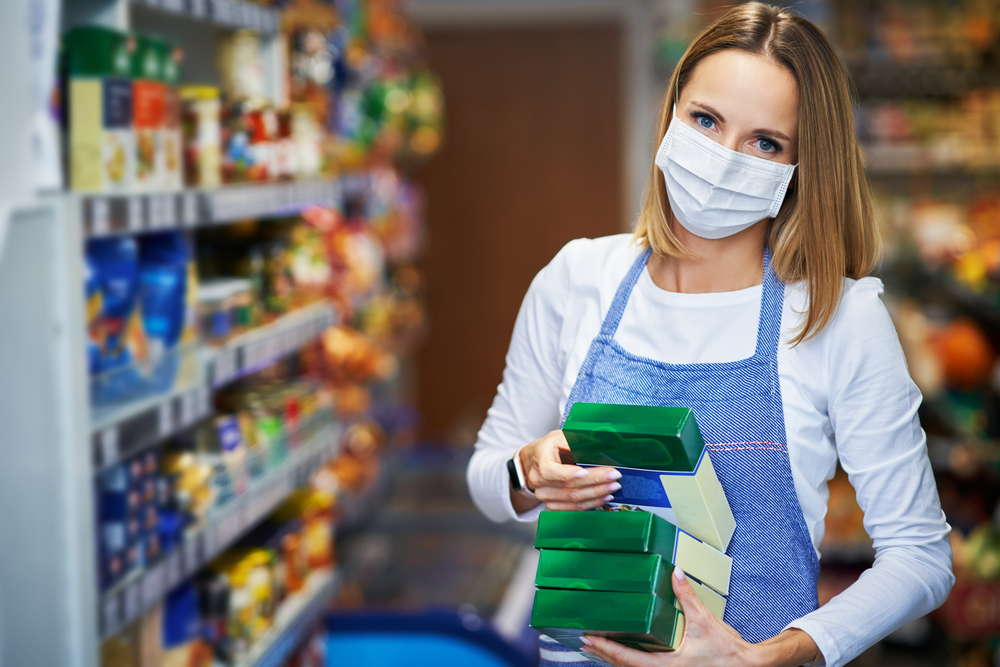 There’s no doubt that the online retail sector was on an upward trajectory before the pandemic hit, but as shoppers worldwide stayed home, demand for delivery and warehouse workers increased, taking away the need for as many traditional in-store retail jobs.

Jack Williams said ecommerce has changed the retail landscape and it’s likely that the shift to online purchasing that resulted from Covid-19 will mark a long-term change in the shopping habits for many, especially older demographics.

However, he said we need to acknowledge that the trend towards fewer bricks and mortar stores was well underway before the pandemic.

“If you have less stores, you need less people – however the reason for keeping a bricks and mortar location is for curating branded experiences,” he explained.

“The pandemic accelerated this existing trend by about five years. We’re expecting a slight see-saw effect but for this trend to continue.”

Jonathan Allan, chief marketing officer at the omnichannel cloud platform Puzzel said that large numbers of job vacancies across the industry should be an opportunity for retailers to assess how to best deploy a workforce rather than being restricted to specific roles or locations.

“If fewer members of staff are needed for traditional in-store retail jobs, this is an excellent opportunity to re-train and redistribute shop-floor staff to support customers virtually,” Allan said.

Allen explained that this proved very successful for retailers during lockdown, who redeployed their shop-floor assistants into their contact centre.

There, staff could use their expertise in customer care to help meet unprecedented online demand, as well as learn new digital skills.

“This hybrid resourcing model has allowed customer service staff to rotate between stores and contact centres, and is proving especially prescient given the current recruitment crunch,” he added.

Now that the customer journey has been reinvented, and digital touchpoints such as web chat, social and direct messaging are becoming increasingly popular, retailers should be employing sufficiently skilled staff to deal with this demand.

With more peaks and troughs in high street footfall likely, retailers should be demonstrating their versatility and understanding of their customers’ new expectations and needs.

“As shoppers return, the importance of high quality service is reaffirmed too”

“The retail experience has gone beyond just transactional purchases, and consumers are now seeking immersive brand experiences across all touchpoints.

“To improve customer engagement, retailers must deploy a workforce that can deliver seamless and consistent customer experiences across all channels.”

At the beginning of the pandemic, Bosses were concerned about its effect on employment levels however now it seems that Brexit is causing just as many, if not more issues.

Should bosses have seen this coming?

“Whether it be due to Brexit or Covid, UK retail has been hit hard in the last few years, and unfortunately, this trend is likely to continue as supply chain issues and labour shortages plague the sector, rendering some shops unable to place essential items on their shelves.”

As job vacancies continue to increase, every link in retailers’ supply chains are being affected. From staff in warehouses, to HGV drivers, to employees on the shop floor; the issue has hit nearly every retailer.

“To an extent, retailers, should have seen these labour shortages coming with it being well documented that Brexit could lead to a shortage of warehouse and supply chain staff for a few years,” Lahiri explained.

“Brexit, however, is only one side of the coin, with the other being the pandemic, which no retailer or brand could have possibly predicted.”

He said that regardless of whether retailers should have foreseen labour shortages or not, one thing that is clear is that UK retailers were not prepared for either of them.

He stated that while both Brexit and the pandemic have undoubtedly been the main drivers of these labour shortages, a lack of digital transformation has also played its part, with many retailers still relying on inefficient human orientated processes within their fulfilment operations.

“Whether retailers should have foreseen labour shortages or not no longer matters,” Lahiri reflected.

“What matters now for the retail industry is how they learn from the events of 2021 and look to future proof their operations going forward.”