Since Amazon launched its first checkout-free store in the UK last year there has been a flurry of activity from the big grocers to follow suit.

They are not alone. Sainsbury’s opened a till-less store just down the street from Tesco GetGo in Holborn in April 2019, but reintroduced tills five months later as customers struggled with the system.

Meanwhile, Morrisons is testing its own vision of the technology, codenamed Project Sarah, at its Bradford headquarters and has plans to quickly roll out dozens of small stores at busy locations. 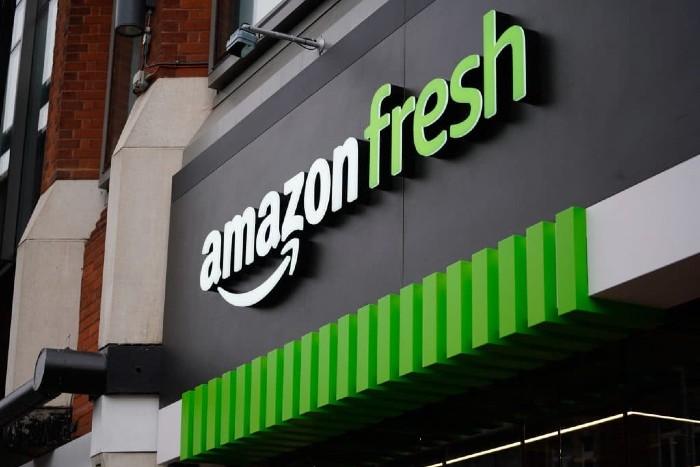 Amazon is rapidly expanding its contactless grocery shop Amazon Fresh and already has 15 shops across London with plans to open 260 by 2025.

The contactless grocery shop, which stocks brands such as Heinz and Kelloggs, and items from Morrisons, Booths and Mindful Chef as well as Amazon’s own-brand grocery range By Amazon, can be used by anyone with an Amazon account.

To enter the store, visitors must open up their Amazon app where they can click on ‘Fresh Code’ to find a QR code which is scanned to open the entrance barrier.

Sensors on the shelves detect when an item has been removed while cameras and other technology backed by AI monitor individuals’ movement around the store and the goods chosen. 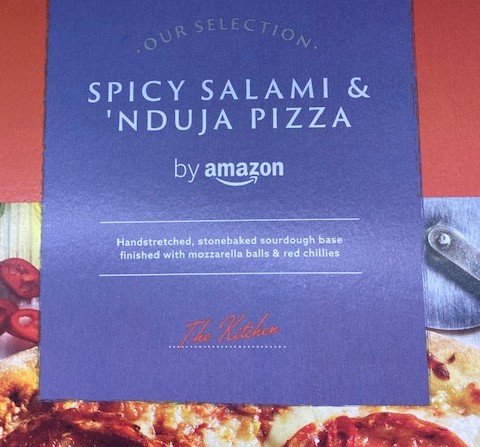 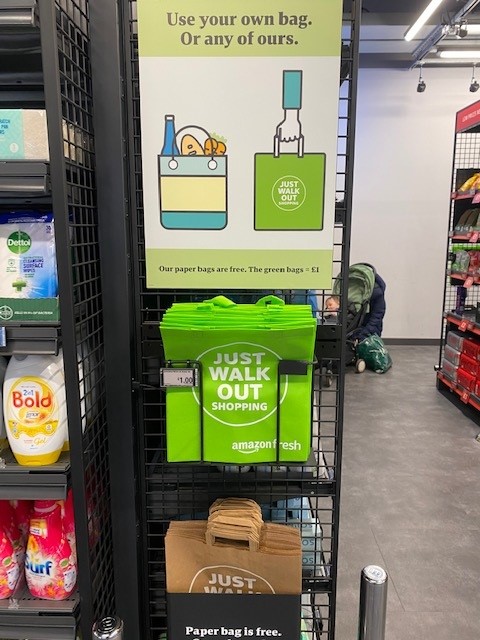 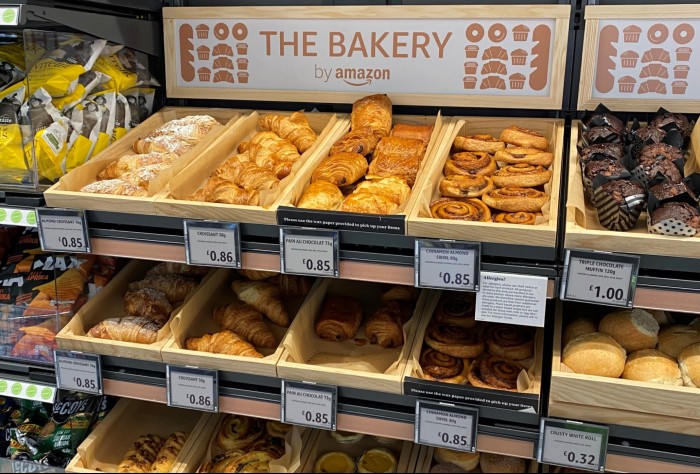 Amazon Fresh also has an alcohol selection in store, but this requires a store employee to check for ID.

Once ID has been approved, customers can observe the alcoholic range, which is located in an enclosed section of the store. 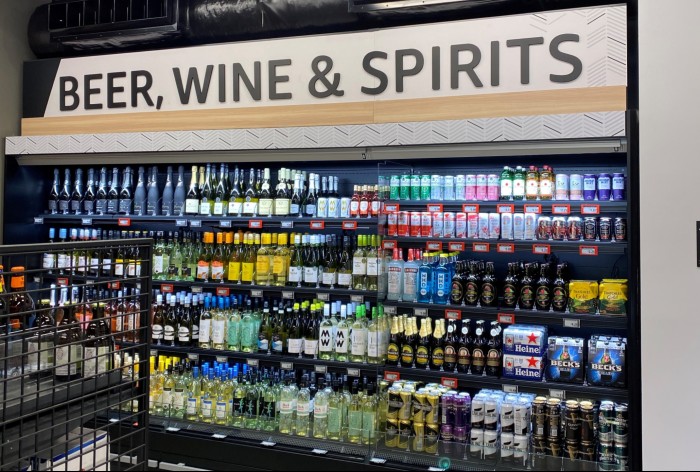 Once customers are finished with their shopping, they can just walk out without having to scan again and then receive an email with their digital receipt.

Although the in-store experience was slick, Retail Gazette found that the receipt took a couple of hours to come through, so the shopper is left with no clue as to how much was spent in store immediately after leaving.

The receipt also notes the amount of time spent in store. 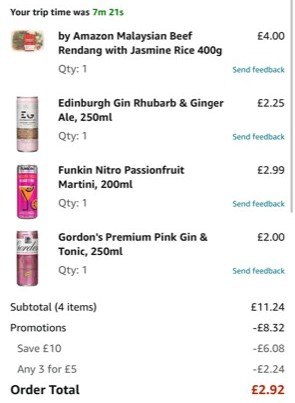 Amazon’s checkout-free process was undoubtedly the smoothest process. With most people already having an Amazon account, it was easy to find a QR code to enter Fresh stores.

The concept has been in play for longer than the other grocers so Amazon’s lead gives it an advantage in customer experience.

As well as selling groceries, it makes it easy for Amazon shoppers to take advantage of the rest of its service with a hub where customers can collect Prime orders or return, and offers hot food and drinks.

It’s digital receipt was the most comprehensive but the only downfall is that it took a couple of hours to arrive, leaving shoppers wondering what they were actually charged for. 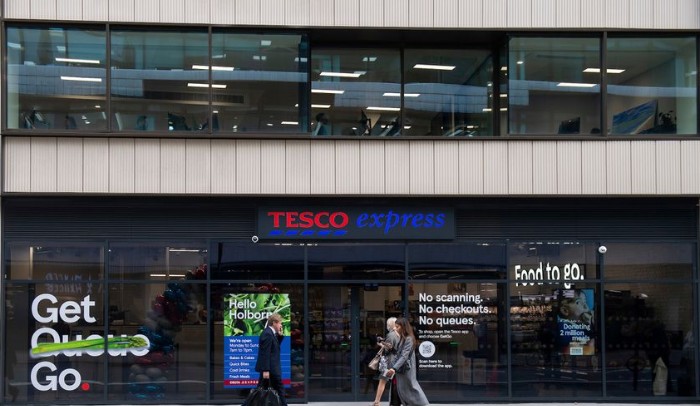 Tesco’s GetGo concept at its High Holborn Tesco Express store, also features tech that will allow shoppers to pick up groceries, and leave without using a physical in-store till.

From the outside, this store looks identical to thousands of others Tesco Express shops across the country.

The Holborn shop is new but Tesco has been trialling the technology at an Express outlet at its headquarters in Welwyn Garden City since 2019.

By using the Tesco app, customers can sign up to GetGo, enter their payment card details, and receive a QR code to enter the store.

A store assistant told Retail Gazette that the cameras create “an exoskeleton image of you” that follow your steps and knows what products you have bought.

Inside, it looks like a standard Tesco Express store, offering all of its regular selections, including fresh fruit and veg, a bakery and, given its central London location, many meal deals. 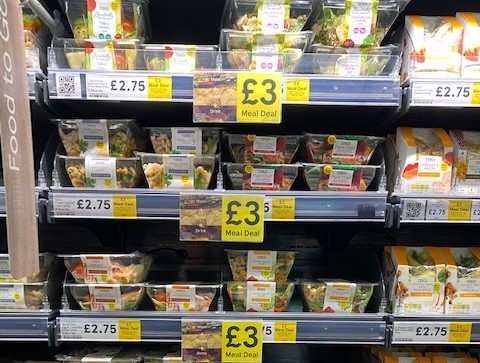 There is also a section in the store specifically for age-restricted products, with a separate exit where colleagues will manually check ID verification.

Similarly to Amazon Fresh, shoppers can just walk out of the Tesco store once they’ve finished shopping.

Retail Gazette received a digital receipt almost three hours after shopping in store. It listed the amount of items bought but the amount of time spent in store was not recorded. 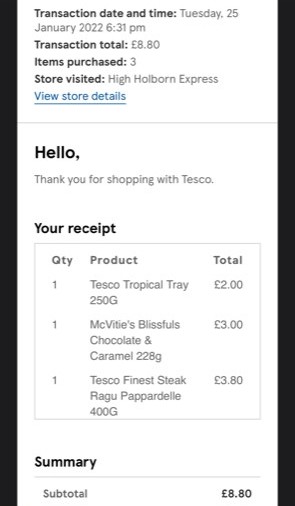 Tesco provides a slick experience for shoppers that already have a Clubcard. But if they are not signed up to the loyalty scheme, they will need to create a Tesco account in order to enter the store.

Retail Gazette found that many arriving shoppers were unaware that the Tesco site was checkout-free, and unfortunately left rather than downloading the app.

Tesco will need to build awareness of the concept through PR and expanding the format more widely.

The alcohol and tobacco section also had a stricter regime, with a store assistant on the lookout for underage people who might enter. 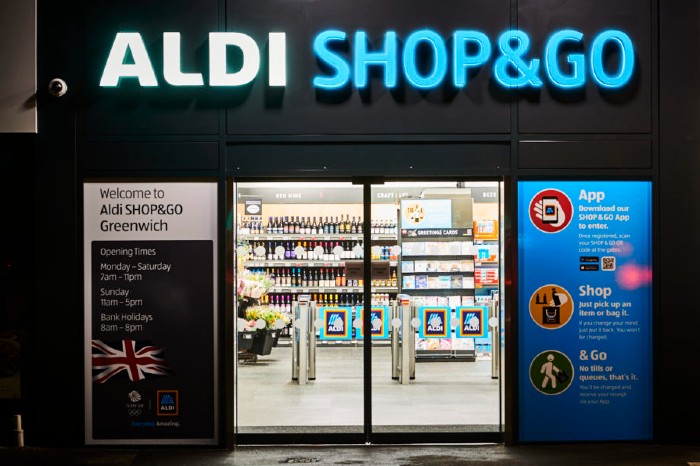 The German discounter has also launched a new app – the Shop & Go app – to facilitate the checkout-free experience.

Customers must register on the app, which will process their items as they shop and bill them before they leave.

The app shows customers a QR code to enter the store. However, the code lasts for only 10 seconds. If customers don’t enter within that timeframe, they’ll need to refresh the app for a new QR code.

A combination of high-tech cameras and weight sensors establish what customers have picked up and they are then charged for products directly through the supermarket’s app when they leave.

Shoppers will also be able to buy alcohol but unlike Tesco’s manual age check, Aldi shoppers can opt to use facial age estimation technology to verify that they appear to be over the age of 25. Customers must confirm their identity via the app, while those that prefer can still be age-verified by store staff.

The Aldi store features all the usual Aldi selections, as well as a fresh bakery. 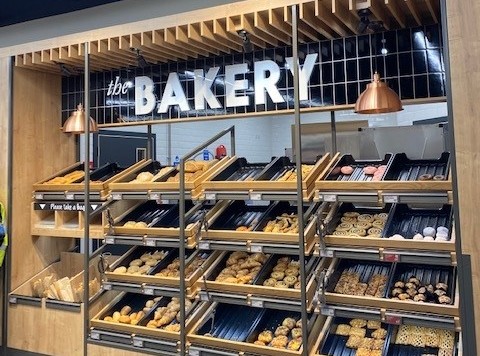 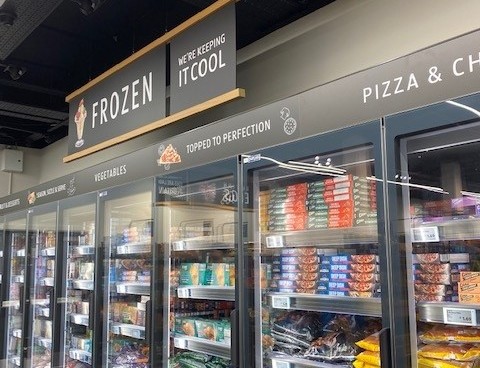 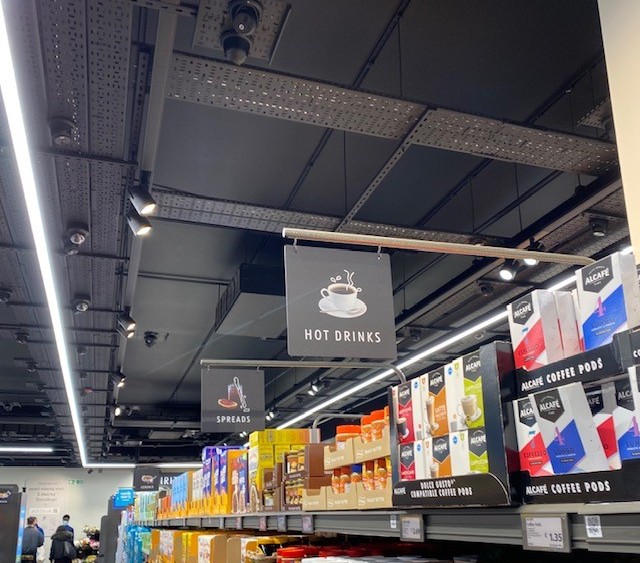 One store assistant told Retail Gazette that he had been training how to help customers in the store since February 2021.

Aldi’s aim is to eliminate long queues in its shops, and more checkout-free stores are expected to open across the UK.

Customers can just walk out once they’ve completed their shopping.

The fact that the QR code to entry is only valid for 10 seconds means visitors find themselves rushed and flustered as they enter the Aldi store.

The app also notified Retail Gazette that a restricted age item had been picked up – when in fact it was a chicken jalfrezi ready-meal.

Although it is Aldi’s first ever checkout-free store, the retailer will need to work on fixing such glitches to avoid customer complaints.