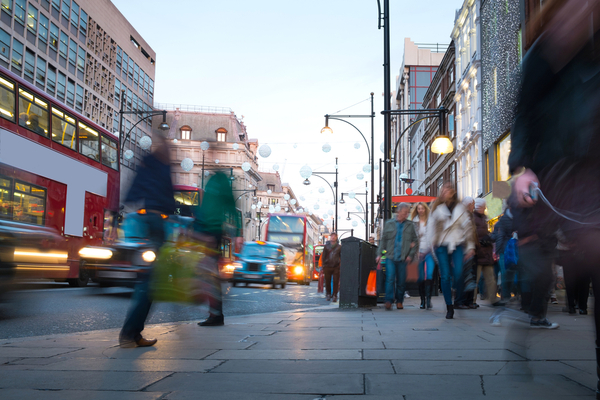 // London has the lowest footfall of any UK city, relative to pre-COVID levels

UK retail footfall continues to lag behind the pre-pandemic 2019 period but also to recover from the disaster year of 2020.

The latest weekly report from Ipsos showed that non-food footfall was down 24.6% on a two-year basis last week.

The report also revealed that towns continued to outperform cities by 7.7% points, showing that while workers are returning to their city centre offices and tourists are trickling back into the UK, there’s still some way to go before we reach normality.

In the seven days to February 13, the best-performing region was Northern England where store visits were down by ‘only’ 20.8% compared to two years ago.

The Ipsos Retail Traffic Index (RTI) also showed footfall rise 3.5% compared to the previous week and that depite city footfall remaining challenged, it seems to be recovering faster than other areas.

Ipsos also said that retail parks remain the strongest destination types on both a two-year and weekly comparison. They were down 16.1% over two years and up 6.2% compared to the previous week. One the same basis, high streets were down 29.4% and up 4.8%, while shopping centres were down 25% and up 4.9%.