// Fewer than 20% of retailers are on track to meet sustainability targets, according to a new report by Boston Consulting Group

// The survey of 37 big global retailers also found that fewer than 20% would reduce emissions by enough to meet targets for limiting the rise in global temperature to 1.5 degrees as set by the Paris Agreement

Fewer than 20% of retailers are on track to meet their sustainability targets, according to the Boston Consulting Group.

The consultancy surveyed 37 major retailers around the world with annual sales of between $1 billion to $500 billion, including grocers, fashion retailers and those selling homewares and electronics, for its Sustainability In Retail Is Possible – But There’s Work To Be Done report, unveiled today at World Retail Congress.

Although it found that there was widespread understanding of the competitive advantages to winning in sustainability, it illustrated a disconnect between retailers’ bold ambitions and their progress on their sustainability journey.

Only a select few had reached the stage where they could claim sustainability was core to the company’s strategy, decision making, and value creation, according to the research.

Meanwhile, more than half of the retail respondents had still not set any sustainability key performance indicators (KPIs) across their businesses to measure progress.

Fewer than 20% were currently on track to cut Scope 3 emissions by enough to meet targets for limiting the rise in global temperature to 1.5 degrees, set by the Paris Agreement in 2015.

However, more optimistically, the retailers surveyed were “nearly unanimous” in believing that sustainability initiatives would drive value in the next five to ten years and half of the respondents believed their companies would invest “whatever it takes” to reach their goals.

World Retail Congress chairman Ian McGarrigle said: “As the industry moves in the direction of greater sustainability, a focus on progress, rather than perfection, will be critical.”

Shalini Unnikrishnan, a managing director and partner at BCG, and a co-author of the report, added: “There may be an inclination to wait for perfect data on sustainability drivers and constraints before starting to act, but that would be a mistake.” 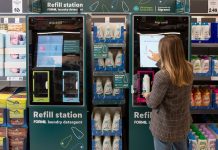 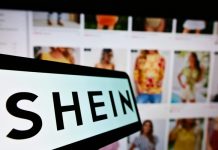