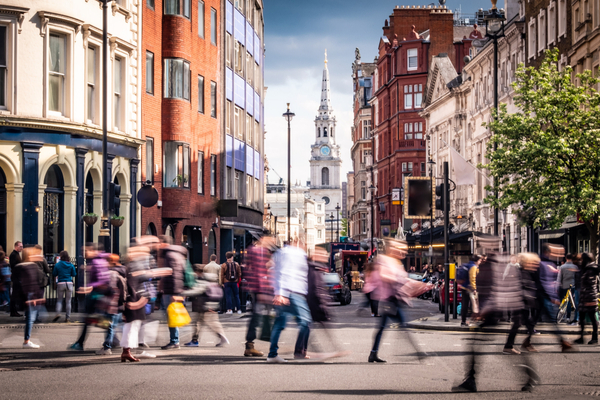 // Consumer confidence drops two points in May, plummeting to -40

New research has found that consumer confidence has reached an all-time low since records began in 1974.

Consumer confidence dropped two points in May, plummeting to -40, which marks the lowest-ever score according to the latest data from GfK.

This was 31 points lower than the same month last year when retail reopened following the third national lockdown.

Confidence about personal finances over the last year has dropped three points to -22 as Brits tackled the pressures from increased food prices.

The forecast for personal finances for the upcoming year inched up one point to -25, but this was still 35 points lower than May 2021.

Consumers also lacked confidence in the general economic situation for the past year – this measure dropped three points to -63. This was 15 points lower than May last year.

Feelings towards the general economic situation over the coming year also declined by one point to -56 – a 60-point drop compared with the same month in 2021.

The major purchase index dropped by three points to -35 – a 28-point drop from last year as consumers keep their spending to essential categories.

“The GfK consumer confidence barometer recorded a headline score of -40 in May, the worst since our records began in 1974,” GfK client strategy director Joe Staton said.

“This comes as UK unemployment hits a 50-year low, with vacancies outnumbering job seekers for the first time and inflation peaking at a 40-year high, driven by soaring food and fuel bills.

“May’s result is one point lower than the previous record set in July 2008, when the headline score plunged to -39. This means consumer confidence is now weaker than in the darkest days of the global banking crisis, the impact of Brexit on the economy or the Covid shutdown.

“Even the Bank of England is pessimistic, with governor Andrew Bailey this week offering no hope of tackling inflation. The outlook for consumer confidence is gloomy and nothing on the economic horizon shows a reason for optimism any time soon.”