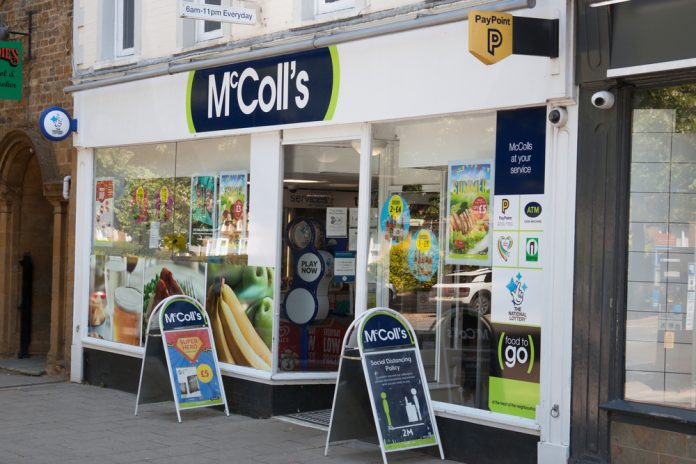 // PwC was formally appointed as administrators on Monday

Morrisons’ take over of collapsed convenience store chain McColl’s means that all 16,000 staff and 1,100 shops have now been saved.

The Big Four grocer has also rescued McColl’s two pension schemes, which have more than 2,000 members, as part of the takeover.

PwC was formally appointed as administrators on Monday and sold the business as part of a pre-pack administration.

Morrisons, McColl’s largest supplier and creditor, had an exposure of about £130 million to the company it has bought, mostly in stock.

The majority of McColl’s stores trade under the McColl’s brand, alongside 270 operating as Morrisons Daily concessions under an agreement.

Mixed trading impacted the Group in March and April 2022. While a recovery in trading performance had continued during the first half of March, the business experienced softer trading through the Easter period, impacted by reduced consumer spending and continued supply chain disruption across the industry.

Throughout the period, the group continued discussions with its key stakeholders, with a view to agreeing a new funding deal for the business to continue as a going concern.

However these discussions did not result in an option which could be delivered in the time available, nor one that would have generated the best outcome for the creditors as a whole.

Rob Lewis, joint administrator and partner, PwC, said: “Especially during the current economic climate, the completion of this transaction provides much needed certainty to McColl’s 16,000 staff after a period of understandable concern following the Group’s challenges over the past months.

“As well as saving thousands of jobs, this deal secures a platform for the trustees of the Group’s pension schemes to enter into arrangements which will protect the pensions entitlements of so many people. All in all, a really positive outcome.

“Morrisons Wholesale Supply Agreement will continue in place after the transaction minimising disruption to customers and employees as all stores will continue to trade. We wish Morrisons well with integrating McColls into their business.”