Another leading retailer has had its knuckles rapped by the Advertising Standards Authority (ASA) this week, with Tesco being told by the industry watchdog not to mislead customers through its marketing material again.

The warning is related to a print advert from the UK‘s largest grocer during the summer, which suggested that its Iceberg lettuces go “from farm to store within 24 hours”, a statement which rival supermarket Sainsbury‘s had challenged.

Sainsbury‘s, one of Tesco‘s closest grocery rivals in terms of market share, claimed that the ad insinuated the product was generally available in stores within 24 hours of picking, and the ASA agreed that consumers may also believe this to be the case.

ASA‘s statement read: “Tesco said the lettuce was delivered from the farm to the store within 24 hours, except in unforeseen circumstances, as stated in the ad.

“They said that in normal circumstances, the lettuce was cooled on the farm between 8am and midday, delivered to a Tesco depot by 6pm and delivered to store by 5am the following day.

“Tesco acknowledged that due to the time taken to pick an entire field of lettuces, not all lettuces within the batch would be delivered to store within 24 hours of being picked from the field. However, they did not believe that the time at which the lettuces were picked from the field was relevant to the claims made in the ad.”

Referring to the claim from the campaign, ‘one day it‘s in the field. The next it‘s in your salad‘, as “mere puffery”, the supermarket giant felt that it did not require objective substantiation.

Other leading retailers recently in trouble with the ASA include department store group John Lewis and high street mainstay Marks & Spencer (M&S), which both had complaints about them upheld two weeks ago.

John Lewis marketers were warned about their misleading use of the word “free” when describing a package price for Apple computers, while M&S were accused of publishing “overtly sexual” poster ads for its Autograph lingerie range.

The ASA went a step further by describing the ads, which appeared on buses across the UK, as “socially irresponsible”. The clampdown follows a move by the ASA in the autumn to implement a stricter policy regarding raunchy public advertising. 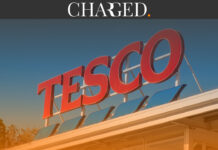