In 2011 the employee-owned business, which runs the John Lewis department store and Waitrose supermarket chains, gave an 18 per cent bonus to its workers after record profits, but given the difficult trading conditions during the last 12 months the group still performed well over the period.

Gross sales for the year ending January 28th 2012 totalled £8.73 billion, up 6.4 per cent year-on-year, however the company‘s Never Knowingly Undersold has forced it to price-match with its discounting rivals meaning margins have been squeezed.

Operating profit for the group fell 8.7 per cent to £393.3 million for the period, with much of this decline caused by John Lewis stores which despite increasing sales volumes over the 12 months saw profits decline 20.4 per cent.

Like-for-like sales were up at Waitrose and John Lewis 3.6 per cent and 1.3 per cent respectively, while total sales at johnlewis.com rose an impressive 26.3 per cent compared to last year.

Charlie Mayfield, Chairman of JLP, said that short-term profits had been sacrificed somewhat over the last year in order to fund innovation and store investment at a time in which the retail industry is witnessing “profound changes.”

“We have achieved a good sales performance in a tough year for the economy. Profits are lower than last year, but better than expected and I‘m delighted to announce that all 81,000 Partners will be receiving a bonus equivalent to over seven weeks‘ pay,” Mayfield commented.

“Pretty much anything can now be sold online, and our ability to originate and source unique products that our customers want and only we can sell will become more and more important.

“In Waitrose we increased the number of new products launched by 76 per cent, and in John Lewis, from fashion through to home, we saw the launch of ranges such as John Lewis & Co through to the Design Collective. We also increased our reputation for value with harder hitting promotions in Waitrose, and a total commitment to Never Knowingly Undersold in John Lewis.”

JLP created 4,400 jobs last year through the opening of three new John Lewis stores and 29 new Waitrose branches, and the group is anticipating a further 1,900 new positions to be made over the course of the next year.

Other investments during the year included the expansion of the convenience store format, the number of John Lewis stores offering click & collect services jumping from 55 to 129, and a restructuring of the partnership‘s services and supply chain divisions.

The first bonus paid to JLP staff was of 15 per cent in 1920 and since then employees have received on average 14.1 per cent of their annual wage as a reward each year, although the average during the last five years has been 16.8 per cent and the last time it was as low as 14 per cent was 2005.

Neil Saunders, Managing Director of retail analyst group Conlumino, said: “That the bonus is down on last year is unsurprising given trading conditions on the high street and in our view JLP has done well to put aside a £165.2 million bonus pot for partners.

“Although the bonus has risen for the last two years, it was unrealistic to expect this trend to continue this time around given softer trading conditions, higher levels of discounting and increased investment spending.

“Most partners expected a lower bonus this year so there is unlikely to be any disappointment; indeed, we believe that most Partners will be pleased that JLP is investing heavily in both the Waitrose and John Lewis brands and building a sustainable business for the future.”

Although cautious regarding the outlook for future trading, partnership sales in the five weeks of the n 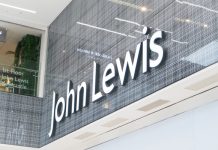