Community pharmacy & healthcare retailer Lloydspharmacy has today confirmed restructure plans following claims of up to 200 job losses at its head office by early next month.

The planned restructure at its head office in Coventry is expected to affect those working in the IT, finance and human resources departments and follows a 90 day consultation held in conjunction with sister business Germany-based Celestio UK and AAH Pharmaceuticals.

Discussions with Celestio UK involved current terms and conditions and benefits in employee‘s wages for those still under contract.

In January, Managing Director for the group Tony Page left his post without being replaced, leaving a growing question mark over employment security.

A spokesperson for Celestio UK said that this is still an issue in flux, adding that the healthcare provider will be able to give more of a clear idea of its position in the coming weeks.

“We can confirm that the head office functions of Celesio UK businesses Lloydspharmacy and AAH are being restructured,” said the spokesperson.

“The process is still ongoing and as such we are not able to confirm details at the moment.

“We anticipate we will be able to provide more information in the next two to three weeks.” 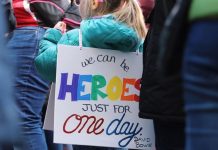