Troubled entertainment retailer HMV has today announced the opening of a new multichannel store in Cambridge as it seeks to re-establish itself on the high street.

In a break away from its traditional store format, the new offering will include a small cafe with open wi-fi and free re-charging connection points to allow customers to connect with social media via smartphones, laptops and tablets.

Following the popularity of its recently launched click & collect service, established to provide a streamline offering across stores and online, Cambridge shoppers will be able to check the local availability of products prior to a commitment to purchase.

In recent times, the retailer has worked to overcome a tough market and has undertaken directorate changes following the departures of CEO Simon Fox and Financial Director David Wolffe.

Last week, HMV reported pre-tax losses of £16.2 million for its full financial year, acknowledging the “turbulent period” that has forced it to re-think its strategy.

As competitors such as Amazon galvanise the market, the music and games specialist recently appointed technology company Tradedoubler to work with advertising agency OMD in helping the retailer to build its multichannel presence.

Some weeks ago, HMV was obliged to close its Cambridge store in lion Yard due to area redevelopment and Manager of HMV Cambridge Mike Barry welcomed the new opening.

“It‘s great to be re-opening in such a fabulous location and with a store that offers so many exciting new features,” he said.

HMV Operations Director Neil Taylor added: “We‘ve been looking for suitable premises ever since we knew we had to vacate Lion Yard, so it‘s wonderful that this landmark building has now become our new home 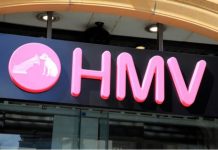 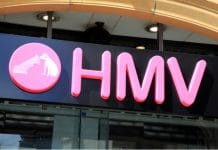