Home & DIY retailer Homebase has seen total sales slip 3.9 per cent to £366 million in its second quarter, according to results published today.

Seasonal product sales were detrimentally impacted by poor weather conditions over the period while sales for the remaining categories were broadly flat.

Meanwhile, total sales at Argos rose by one per cent to £867 million and LFL sales increased 1.4 per cent in the quarter.

Net closed space reduced sales by 0.4 per cent as the retailer closed seven stores, reducing its store portfolio to 739 while its online offering continued to prove profitable as total internet sales rose 16 per cent, representing 42 per cent of total sales.

Sales via its online Check & Reserve service jumped 24 per cent, representing30 per cent of total Argos sales and total multichannel sales now represent 52 per cent of the total, up five per cent on a year earlier.

Terry Duddy, HRG CEO, said of the mixed results: “Argos has had a solid first half of the year supported by its multi-channel performance, while at Homebase seasonal product sales continued to be adversely impacted by the poor weather conditions.

“At this stage, we expect to deliver full year Group benchmark profit in line with current market expectations but, as always, the outcome will depend upon trading at Argos in its peak Christmas period.

“While we continue to plan cautiously we approach our peak trading period in good operational shape.” 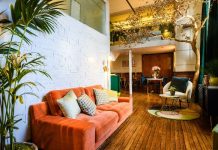 In pictures: Inside the Pinterest and Argos Mood Hotel