Bicycle & car parts retailer Halfords has today reported a boost to its bicycle division thanks to the summer‘s sporting successes.

Like-for-like (LFL) cycling sales rose 14.7 per cent in the three months ending September 28th 2012 and up 1.9 per cent in the half, fuelled by improved weather and the growing interest in the sport following Bradley Wiggins‘ astonishing victories in the Tour de France and London Olympics.

Group LFL increased 5.6 per cent over the quarter and total sales jumped 6.2 per cent while Halfords‘ retail arm saw a 4.3 per cent lift.

Halfords Autocentres recorded a 19.9 per cent jump in total sales and a 12.4 per cent boost in LFLs, the strongest LFL performance since acquisition in February 2010.

Online sales have grown 30 per cent over the period thanks to the retailer‘s enhanced multichannel offer and such a strong cross-category sales performance has led the business to predict group profit before tax to be between £40 million and £42 million for the first half.

Dennis Millard, Chairman of Halfords, said of the results: “Our trading stance together with the actions we took to capitalise on a successful summer of sport and improved weather meant we delivered a stronger Retail top line in the period, recovering some of the ground lost in the Spring.

“We continued to be encouraged by the performance of Autocentres. Our second-half planning assumptions, however, remain cautious given the prevailing pressures on the consumer as we approach the important winter and Christmas trading periods.”

Millard also welcomed newly-appointed CEO Matt Davies to his role, describing the former Pets At Home chief as a “high-calibre leader” as the business hopes to capitalise on its strong position following recent disappointments.

In July, Halfords announced the immediate exit of its CEO David Wild, who stood down from his role as the retailer reported 5.2 per cent decline in total sales over Q1.

Davies, 41, comes from a financial background and during his tenure at Pets At Home, increased the businesses store numbers from 140 to over 300 across the UK.

Davies, who also operates as a Non-Executive Director at Dunelm Group, the out-of-town homewares retailer which yesterday reported a LFL sales rise of three per cent over its first quarter, is looking forward to his latest role.

He commented: “I am very excited to be joining Halfords, a group which has a real opportunity to optimise its offer, performance and value to customers and shareholders.

“Together with the rest of the Halfords team, I look forward to ensuring Halfords achieves its full potential in the years ahead.” 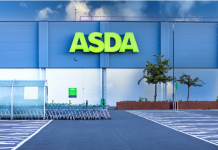 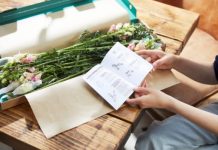