Parent & child products retailer Mothercare has seen like-for-like (LFL) sales creep up 0.3 per cent in its second quarter though total sales plummeted following store closures, it has been announced today.

In the 13 weeks to October 13th 2012, total UK sales declined 6.2 per cent while total group sales fell 7.5 per cent, reflecting difficult market conditions both at home and abroad.

Over the first half, covering the 28 weeks to October 13th, total UK sales dropped 8.3 per cent as LFLs decreased by 3.4 per cent.

Rebalancing its store portfolio has been a key factor in the retailer‘s long-term strategy and it has closed 31 UK stores in the year to date versus its target of around 50 in the hopes of improving cash margins.

In May, Mothercare outlined a ‘transformation and growth‘ plan broken down into four main objectives which involved reducing cost through staff reduction and store closures, accelerating its international expansion and improving its international and UK multichannel offering.

Commenting on the progress thus far, Mothercare CEO Simon Calver said: “Our strategy outlined in May this year is showing early signs of progress.

“In the UK, we have put the customer back at the heart of what we do.

“This is already beginning to have a beneficial impact on like-for-like sales, which along with our online business have returned to growth.”

Direct sales grew 11 per cent following the website‘s move to a new platform during the half and it is hoped that this will drive online sales as the busy Christmas period approaches.

Elsewhere, the retailer is performing strongly with international sales growing by 15.2 per cent in constant currency while reported retail sales leapt 10.8 per cent over the first half.

While its Asia Pacific and Middle East & Africa operations “continue to perform at the top end of expectations”, European sales continue to be affected by the ongoing Eurozone crisis.

“We recognise that our most important quarter which includes Christmas is still ahead of us.

“We are confident about delivering against the targets we set out in our three-year plan.”

Clearly, the retailer has a long road ahead in realising its growth plan and Joseph Robinson, Senior Consultant at analyst firm Conlumino, warned that Mothercare has thus far only taken baby steps towards its turnaround goal.

He commented: “Mothercare faces long term challenges to turnaround a proposition which, over the last few years, had failed to adapt to the evolving UK retail landscape.

“This will have to be achieved against the backdrop of mounting competitive threats, not least in the form of Kiddicare and John Lewis‘ continued expansion of its At Home format.

“Nonetheless, the retailer will take solace from its upturn in performance, which represents sound base from which to drive the more customer-focused elements of its restoration plan.” 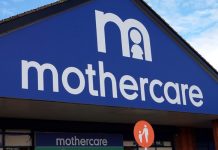