Designer department store Fortnum & Mason has today been accused of “horrific cruelty” by animal rights organisation PETA and its ambassador Sir Roger Moore for its continued sale of foie gras.

In a video depicting the “morally repugnant” process of force feeding geese, Moore uncovers the practices of farmers who supply the British department store with foie gras, detailing the conditions which the birds are forced to live in during their final days.

Moore is calling on the public to stop such practices, pointing out that many of the birds captured in the video can hardly stand as a result of illness, brought on by the force feeding which produces liver fat to be sold at high prices.

Moore, who claimed in The Telegraph that customers had been “hoodwinked” into believing the products was ethically sourced, said: “In Britain, it is illegal to produce foie gras and it is time for everyone to understand why the product is described as ‘torture in a tin‘.

“The birds can hardly stand and the footage was filmed on a farm which boasts the highest welfare standards in the world; God help the birds in the rest of them.

“In a civilised society, no human being should endure such suffering. Despite public outrage and evidence of cruelty to animals, Fortnum & Mason has disgracefully clung to sales of foie gras.

In response, Fortnum & Mason said that it is looking into the allegations internally as it is keen to protect its reputation as one of the world‘s leading purveyors of quality foods.

A spokesperson added: “Serious claims have been made against our supplier in France.

“Fortnum & Mason maintains rigorous quality control procedures and would expect all of its suppliers to adhere to our gold standard production requirements.

“However, it does not believe Sir Roger Moore‘s comments are fair given that we believe some of the filming in question by undercover campaigners masquerading as Fortnum & Mason staff did not take place at farms supplying Fortnum & Mason.

“Fortnum & Mason upholds strict guidelines relating to the making of its produce and it is completely inaccurate to say the public is being hoodwinked.” 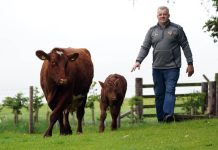 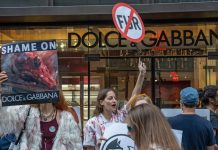