The Government must provide more detail on the impact of delaying business rate revaluations by two years, a retail experts has urged.

James Lowman, CEO of the Association of Convenience Stores (ACS), has today given evidence to the Growth and Infrastructure Bill Committee and expressed concern that analysis upon which the suggested delay is based is merely assumptive and based on estimates.

The bill plans to speed up major infrastructure project planning, delay business rates revaluation and to introduce powers to promote employees shared ownership which the ACS claims amounts to leading workers to give up defined employment rights.

During a second reading of the bill in Parliament earlier this month Eric Pickles, The Secretary of State for Communities and Local Government said: “The Bill we are introducing today has three key themes: boosting Britain‘s infrastructure, cutting excessive red tape and helping local firms to grow.

“They will remove the unnecessary red tape that holds our country back and they will ensure that sustainable development goes hand in hand with environmental safeguards and democratic checks and balances.

“We are speeding up the system, cutting excessive regulation and giving employers a helping hand to compete on the global stage.”

However, the ACS fears that the move may not be pro-business as suggested by the Coalition and has called for an accurate indication of the true impact on retailers and convenience stores.

Lowman commented: “Businesses which have seen their rental values decline more than average since the last revaluation was conducted in 2010 will be burdened with artificially high rates for another two years, while businesses that have proportionately stronger rental values will effectively be subsidised.

“There will be winners and losers, but we fear that on balance high street and neighbourhood retailers will lose out because of declining rental values in these locations.

“The Government‘s own data shows that in the North of England in particular, there are likely to be more losers than winners from the delay in business rate revaluation.

“We need more detail on the locations where rental values have declined most significantly, because at present we are unconvinced that small shops will be beneficiaries of the revaluation delay.” 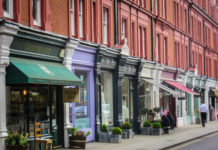