Online health & beauty retailer Feelunique.com has been acquired by private equity firm Palamon Capital Partners, it has been announced today, with the transaction valuing the business at £26 million.

Europe‘s largest online retailer, which was founded by Aaron Chatterley and Richard Schiessl in 2005, feelunique offers over 18,000 products from leading brands such as Dior, Clarins and Yves Saint Laurent.

Chatterley and Schiessl will remain at the helm of the business though Palamon invested in the business in partnership with Sirius Equity and now holds a majority stakeholding purchased from the Founders.

Speaking to Retail Gazette at the start of the year, Chatterley outlined what he felt the key trends in retail for 2012 would be.

He commented: “Internationalisation is obliging UK e-tailers to accept the reality of operating in a bigger marketplace.

“And that trend is only going to continue. As the world gets smaller, choice is increased and consumers will increasingly look further afield for the best deals.”

Now is a time of considerable growth for the e-tailer, it said, following the opening of its London office earlier this year and the expansion of its team to include beauty journalist Newby Hands who joined as Editorial Director to launch exclusive editorial content for the site.

Chatterley said: “It‘s an exciting time for us, feelunique‘s increase in growth, a new editorial team an established stakeholder groups and key retailer partners combined with Palamon‘s and Sirius‘ excellence in financial resource and strategic approach makes them ideal partners, together we have great ambitions for the future and look forward to working together to help realise the brand‘s growth potential.”

Following the investment, Sirius Co-Founder Robert Bensoussan is to join the board as Chairman, bringing with him years of luxury sector experience which have seen him operate as Chairman of LK Bennet and CEO of Jimmy Choo.

Commenting on the move, Bensoussan said: “feelunique has developed an incredibly strong platform through the hard work of Aaron and Richard and their team.

“We believe there is a very exciting opportunity to develop the business and I am excited to be partnering with Palamon and the management team to help the business fulfil its potential.” 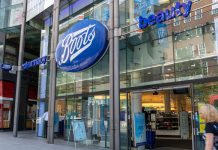 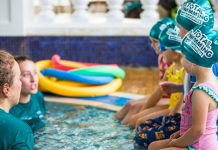 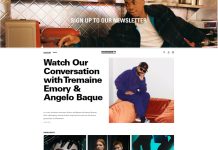