Discount grocer Aldi has today reported its “most successful Christmas” as total sales jumped 30.1 per cent over the festive period.

Citing the launch of increased product ranges for the surge, the supermarket said that its fresh produce,alcohol and fresh meat ranges had seen particular growth in the 12 weeks to December 23rd 2012, with the latter recording a stunning 50 per cent year-on-year sales growth.

Yesterday, insights company Nielsen reported that Aldi has increased its grocery market share to five per cent, its highest share since entering the UK in 1990.

Last November, Aldi announced the launch of a ‘super premium‘ wine range in the hopes of appealing to ‘upmarket‘ shoppers ahead of the Christmas rush in response to its changing customer base demographic.

Adding 30 per cent more products to its range, the retailer has also worked to improve offers on everyday essentials as thrifty consumers increasingly flock to discounters in the hope of bargains.

Tony Baines, Aldi‘s UK Managing Director for Buying said of the results: “We had an 18 per cent rise in the number of AB households shopping at Aldi in 2012 compared to 2011.

“However, we appeal to a broad range of customers. People across the country are interested in saving money and are attracted to Aldi because of our brand-like quality products and consistently low prices.

“They know they can get their full weekly shop at Aldi for around 30 per cent – 50 per cent less than the other supermarkets, without compromising on quality.”

The strong results come at a good time for the grocer following news this week that beef burgers sold in its Ireland stores contained horse and pig DNA, which forced Aldi to remove a total of four burger products from its shelves as the scandal continues amid possible criminal prosecutions.

A statement from the group said that it “takes the quality of all of its products extremely seriously” and promised an immediate refund for affected customers.

Nonetheless, the supermarket dubbed 2012 “a great year for Aldi” and announced that it is set to open a further 40 stores over the course of the coming year as it eyes further bricks and mortar expansion. 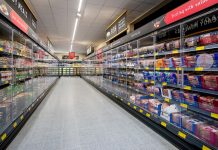 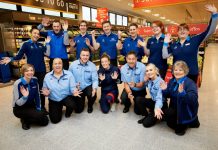 Aldi to hire over 2000 staff between now and Christmas