Online retailer Very has signed a deal with Channel 5, partnering it with reality show Big Brother for the whole of 2013.

The deal, which launched last night at 21.00 GMT with the new series of Celebrity Big Brother, means that branded Very products such as home and electrical goods, dressing gowns and pink suitcases will appear in the Big Brother house.

Commenting on the launch, Very‘s Director, Jon Owen, said: “We were delighted with the results of our partnership with Big Brother in 2012.

“And with an even greater level of cross-channel integration, coupled with a unique focus on our product range, this new campaign looks set to deliver even greater ROI for the Very business.”

As well as placing products made by the Shop Direct-owned retailer in the house, Big Brother will feature a task in which housemates must interact with a number of Very products.

Viewers will be able to purchase the items which they see on screen using a “click to buy” page which can be found on both the Channel 5 and Very websites.

Channel 5 Partnerships Director Agostino Di Falco said: “Very is a perfect partner for Celebrity Big Brother, as their core target audience is the ‘savvy‘ 18-30 year old and their product range is not only designed with this target group in mind, but also fits the aspirational look and feel of the iconic Big Brother house.”

Almost 3.5 million viewers tuned in last night to watch the Celebrity Big Brother launch show, representing 15.8 per cent of the total audience, according to the Broadcasters‘ Audience Research Board (BARB). 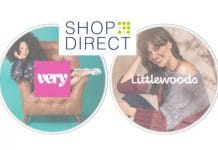 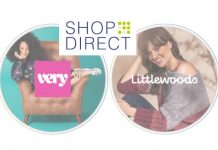