According to the Office for National Statistics (ONS), the UK economy shrank compared with Q3 of last year, further fuelling fears that the country is poised to re-enter recession.

GDP remained flat between the final quarter of last year and the same period in 2011 while output of the service industries was estimated to have been flat in Q4 compared with Q3, following a rise of 1.2 per cent between Q2 and Q3 2012.

Forecasters predicted a 0.1 per cent fall in GDP though analysts at Capital Economics noted that the contraction may be the result of the aftermath of national celebrations over the course of last year, as the ONS noted in its that “special events in 2012 have introduced additional uncertainty” in the figures.

Chief UK Economist at Capital Economics Vicky Redwood said: “The preliminary estimate of UK Q4 GDP confirms that the economy started to contract again at the end of last year.

“Admittedly, the drop primarily reflected the unwinding of the boost from the Olympics Games – we estimate that this probably knocked 0.3 per cent to 0.4 per cent off GDP in Q4.

“But even accounting for that, underlying output still looks as though it is just stagnating.”

While this is cause for concern for the increasingly fragile retail sector, the British Retail Consortium-Bond Pearce Retail Employment Monitor revealed yesterday that retail employment grew 0.6 per cent at the end of last year while UK retail sales grew above expectations this month,.

Redwood argued that speculation about a ‘triple-dip‘ may be premature, commenting:“Given that a technical recession requires two consecutive quarters of falling output, this is arguably not a true “triple-dip” yet.

“But there are no hard and fast definitions, and another contraction in Q1 is quite possible anyway, especially given the snow disruption.” 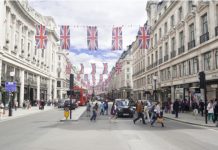 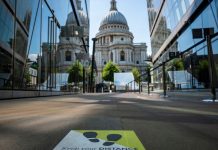