Consumers spent an estimated £78 billion online throughout 2012 while sales via mobile devices rocketed a staggering 304 per cent on 2011 as one in eight of every pound spent is via a mobile or tablet.

The average percentage of online sales via mobile increased from 0.4 per cent in Q1 20210 to an average of 13.2 per cent in Q3 2012 and IMRG Capgemini noted at a roundtable breakfast this morning that bricks and mortar retailers must work hard to compete.

“The business models of those retailers doing well have migrated online as the high street changes,” Chris Webster, Head of Retail Consulting and Technology at Capgemini, said today.

“Of course, digital content such as music and videos does best online as 70 per cent of music is now bought online. Electricals retailers with a digital presence are also doing well though this is because consumers are buying brands rather than the retailer. So, the value proposition for retailers is a high service model or customers will go online.

What we have seen over time is that online is a crucial part of the total market and particularly in some sectors there has been a structural shift: businesses and household names that existed three months ago now don‘t exist, such as Comet and HMV.

If you think about their business models they are companies whose content has been digitised or their products are more popular online thus the high street has a less important presence.

“It is interesting to discover how these companies have got it so wrong as over the last several years their model is no longer relevant to the customer.”

Across the majority of sectors, online retail sales saw strong year-on-year growth, the index found with beers, wines and spirits seeing a 19 per cent rise in December, up 50 per cent compared with a month earlier while electricals reported a 31 per cent year-on-year boost.

Predicting trends in the market for the year ahead, IMRG‘s Chief Operations & Policy Officer Andrew McClelland believes that, with the introduction of internet-connect TVs, dual screening is fundamental for how retail will change, though the ability to move between screens is expected to take at least 18 months.

NFC adoption, he said, is increasingly creating a showroom environment in store as the increasing crossover of technologies allows shoppers to use phones in store, though there is a danger that showrooms will become “unsatisfactory” should this go too far.

In conclusion, McClelland warned that those fearing the death of the high street have missed the point.

“The internet is not killing off the high street; customers‘ desire has changed,” he explained.

“While technology is enabling change…our social make-up and culture is changing so this is about a broader social picture rather than just technology.

“This is not about cannibalisation but being in the right space and offering customer choice; the consumer is creating this industry and choice is a key benefit and driver.” 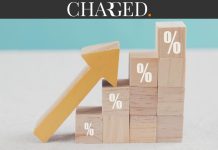 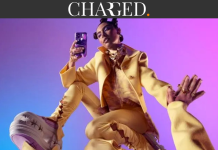