Shop Direct, which owns such brands as Very, Littlewoods and isme, recorded an increase in sales of five per cent year-on-year for the six weeks to December 29th 2012, compared to a three per cent rise for the half year.

Sales were particularly high during the week beginning December 9th, which Shop Direct named as the busiest trading week of the year, but sales also continued until the last possible moment, with more than 90,000 parcels delivered on Christmas Eve.

Commenting on the results, Alex Baldock, Shop Direct Group CEO, said: “This Christmas was well ahead of last year against strong comparatives, demonstrating that our combination of great products, market-leading financial services and unique e-commerce capabilities is hitting the right note.

“Peak trading came later than ever, highlighting customers‘ growing trust in the online and mobile retail model and our ability to deliver.”

Mobile sales were up 150 per cent on last year, accounting for 28 per cent of online sales, and 37 per cent of customer interactions were via a mobile device.

Online sales also increased, with 80 per cent of all sales being completed online compared to 74 per cent in 2011.

Baldock nicknamed 2012 “the year of the tablet” as Shop Direct sold one every 40 seconds in the run up to Christmas, and own brand fashion also sold well, particularly clothes from the retailer‘s celebrity ranges.

Ranges by Myleene Klass for Littlewoods and Fearne Cotton and Holly Willoughby for Very sold a combined total of 24,000 dresses during the six week period.

Despite a successful Christmas, Baldock‘s predictions for 2013 were not optimistic, as he commented: “Post-Christmas, we expect sales to slow as we head towards Easter and to remain broadly flat for the year.

“With consumer confidence remaining subdued, retailers will have to fight even harder to win market share.

“To ensure we remain a winner, we will continue to invest in delivering a great digital shopping experience for our millions of customers, whenever, wherever and however they choose to shop with us.” 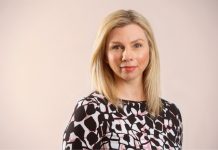