Retail figurehead Sir Stuart Rose has been appointed Chairman of fashion retailer Fat Face, it has been announced today, his third executive appointment in as many months.

Succeeding current Chairman Alan Giles, who will stand down from his role in July following nearly seven years with the company, Rose will officially join the board on March 1st 2013.

Commenting on the appointment, Giles said: “Fat Face is now performing well and the company is positively positioned for a record year.

“With the brand on firm foundations and a strong management team in place I feel that it is now time to hand over to a new chairman.”

Last month, Rose was named incoming Chairman of online grocer Ocado as the retailer sets its sights on doubling its capacity in the coming months and Rose praised its high levels of customer service which is helping spur growth.

In December 2012, Rose was announced as Chairman of online fashion recommendation service Dressipi, joining the company in a part-time advisory role and it is hoped that his latest role will see him shake up the Fat Face brand as it eyes further expansion in the months ahead.

Performing strongly over the Christmas period, Fat Face saw total sales climb 11 per cent while online soared 65 per cent and it is thought that Rose‘s firm understanding of the digital space is well-aligned with the retailer‘s growth strategy.

Rose welcomed his new role, saying: “There are undoubtedly great opportunities ahead for the business and I look forward to working with Anthony Thompson, CEO and his team in helping them realise their ambitious growth plans for the brand.” 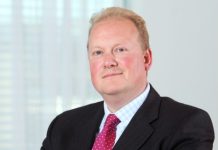