Lingerie retailer Victoria‘s Secret has been criticised over its latest campaign with shoppers creating a petition against the targeting of teens and children in ads for “sexualised products”, it has emerged today.

Featuring taglines such as ‘Feeling Lucky?‘, Victoria‘s Secret‘s new Bright Young Things campaign showcases the latest collection from its brand PINK and was launched to coincide with the arrival of Spring Break in the US in a bid to encourage college students to visit the retailer.

However, Victoria Secret‘s Chief Financial Officer and Executive Vice President of brand owner Limited Brands Stuart Burgdoerfer said when the campaign was launched: “When somebody‘s 15 or 16 years old, what do they want to be?

As such, shoppers and particularly parents have attacked the retailer for targeting underage teens and a Facebook campaign and online petition have been launched calling for the ad to be pulled.

‘Victoria‘s Secret: Pull “Bright Young Things” From Shelves‘ is an online petition started by mother-of-three Diane Cherry, who claims that the campaign, which is said to target college students, needlessly attempts to entice underage girls.

Cherry stated: “I don‘t want a brand like Victoria‘s Secret telling my daughters what sexy should be and my son that girls have to look or dress a certain way.

“Sexualization of girls by marketers has been found to contribute to depression, eating disorders, and early sexual activity – and this new ad campaign is a glaring example of a culture forcing girls to grow up too fast.

“Our children are not sex objects; not things. Please join me in asking Victoria‘s Secret to stop being part of the problem and be part of the solution by pulling their ‘Bright Young Things‘ campaign from shelves.”

It has been rumoured that the campaign comes ahead of the launch of a full line aimed at teens though Victoria Secret has strongly denied this.

Responding to comments on the controversial ad, a PINK spokesperson said: “In response to questions we recently received, Victoria‘s Secret PINK is a brand for college-aged women.

“Despite recent rumors, we have no plans to introduce a collection for younger women. “Bright Young Things” was a slogan used in conjunction with the college spring break tradition.” 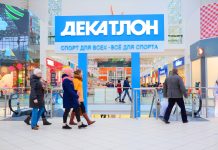