Just six per cent of shoppers have described payments taken in the cafÃ© and restaurant sector as the fastest service according to research by WorldPay.

The findings, which surveyed over 2000 shoppers this year, show that busy consumers put quick service at the top of their priority list when it comes to shopping in stores, and often prefer technology over human interaction in an attempt to save time.

20 per cent are concerned about the length of time it takes to print receipts while a third are often irritated by how long it takes to pay in shops.

Ron Kalifa, Deputy Chairman at WorldPay said technology has transformed expectations around the speed of interactions and that consumers were thinking in ‘seconds rather than minutes.‘

And the findings suggest that the traditional shop assistant role could soon be redundant with one in five favouring self-service scanners as ‘they don‘t have to talk to people.‘ 40 per cent said they liked online shopping for the same reason.

However, the figures differ vastly with age. Those under the age of 45 are more than twice as likely to welcome using self-service kiosks compared to those over 45. Supermarkets were ranked as the fastest performing outlets as 32 per cent of shoppers believed they provided fast payments, even outstripping fast food outlets (11 per cent.)

Geoffrey Barraclough, economist and payment trends expert at WorldPay said: “The most successful brands will have a mixture of technology and people in their stores. We will begin to see less store assistants in shops and it is likely that the assistants in store will be moved to warehouses, in a less social role and with fewer opportunities to move up in the company.

“But people still want human interaction when they make purchases. A great example of this is on the railways where people do want to talk to other people to ensure they have the right ticket and have saved the most money.” 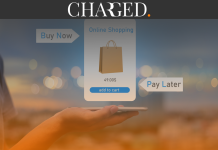