The government has announced that it will sell its 40% share in Eurostar for £757.1m, in a bid to raise £20bn to pay off the UK‘s national debts.

By selling off publically owned assets, the government hopes to increase Britain‘s economy by 2020, something that is set to have a positive affect on both consumer spending and businesses.

There have been plans to sell the Eurostar since 2013, with the price tag now around double the anticipated price. This spells good news for businesses that will profit from customer spending confidence being reaffirmed. George Osborne, Chancellor of the Exchequer and Second Lord of the Treasury is convinced the sale will be beneficial:

“Investing in the best quality infrastructure for Britain, getting the best value for money for the taxpayer and tackling our country‘s debts are key parts of our long-term economic plan, and in today‘s agreement, we are delivering on all three,” he said.

Consumer confidence has been slowly building throughout 2014. However it is the luxury sector that will benefit the most from further spending. Barclay Card‘s January Consumer Spending Report confirmed that spending on non essential items grew at 3.5%, while spending on essential items such as supermarket shopping, grew by only 0.4%. This has more to do with the price wars between the four leading supermarkets than it does on general spending.

Overall, luxury spending grew 36% last year, according to information from market data specialists Euromonitor, rising from $247bn five years ago, to today‘s figure of $338bn. The sale of Eurostar to a Quebec pension fund and Hermes Infrastructure, will provide British taxpayers with a “fantastic deal”, Osborne said, providing individuals with more leeway for luxury spending.

Home retail is also set to benefit from improvements in the economy, as consumers are becoming more indulgent. A stronger economy will support a booming property market, allowing house proud customers to finally splash out on the things that didn‘t matter during the recession. This is good new s for retailers such as Next, which is set to yield 3.3% this year from an improved market.

The average UK citizen now receives £461 a week in wages, pensions and benefits, while job openings are at their highest levels on record and wages are continuing to grow. Improving the economy is only going to encourage further consumer spending. With the help of the sale of Eurostar and strategic governmental plans in place for 2020, the economy hopes to thrive. An economic growth of 2%-3% has already been predicted for this year. 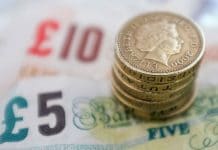 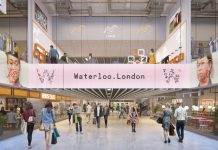 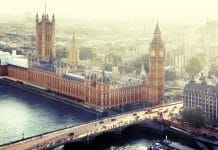