Berlin based fashion retailer Zalando has recorded its first profit since opening six years ago.

The company that originally started in a small flat, now ships 1,500 brands to customers in 15 different countries.

The weather affected the retailer in parts of 2013, causing high levels of stock having to be sold off at discount prices. The company recovered however, paving the way for its net sales growth of â‚¬600m in 2013. Robert Gentz, Member of the Management Board of Zalando said:

“2013 was another strong year for us and underlined our leading position in Europe‘s fashion e-commerce”.

The business has increased its standing as one of Germany‘s top employers, with financial success set to increase in 2015. Though the company hopes to make revenue increases of 20-25% this year, it doesn‘t want to get caught up with just the numbers. Rubin Ritter, a member of the management board said that the retailer wants to keep its “foot on the gas” and to use the businesses position to “keep on accelerating”.

The retailer is aiming to hire an additional 2,000 members of staff, particularly in the technology department after its mobile traffic hit 48% in its fourth quarter in 2014, with some countries reaching 60% over Christmas.

The company‘s aim to push its mobile platforms is the logical next step for its development, as mobile spending will grow in the next couple of years. PayPal and Ipos reported that the UK average compound annual growth for mobile is expected to jump by 36%, in comparison to overall online spending‘s 10%. The findings also highlighted that a hefty 68% of smartphone shoppers have bought online via an app, meaning that retailers avoiding mobile technology are missing out.

Pushing its mobile platforms will allow Zalando to stay ahead of the retail game, which relies on retailers making the most of all digital platforms. The company already has 400 members in its tech team, which is mainly in-house. It also offers mobile-enabled shops in all 15 markets and Android and iOS app devices in Germany, allowing it to technologically compete with rivals such as global fashion chain H&M.

Zalando is doing everything to avoid becoming complacent with its results, as Ritter declared that the company, “is in the pole position to continue to outgrow and drive the European online market in fashion”. 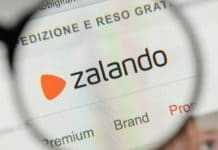 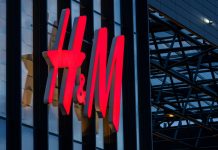 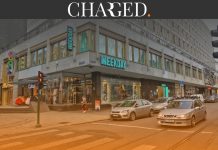