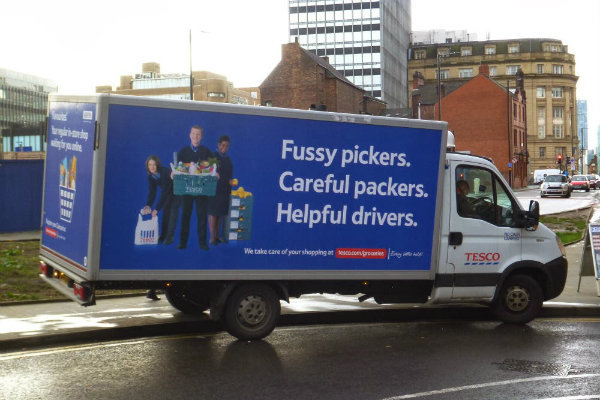 Tesco could be facing trouble this Christmas as 700 drivers and warehouse staff in Doncaster and Belfast threaten to strike over a pay freeze.

The workers were reportedly offered a 0% increase this year and a 1.5% lift in 2016 which Unite, the union representing the workers, called “pitiful.”

The Big Four grocer, under the leadership of CEO Dave Lewis, has been attempting to cut costs ever since its accounting scandal last year. In its recently published report on half-year profits, Tesco revealed pre-tax profits of £74m and underlying profits of £354m, a 55% plunge from the year before.

“Our members have been working very hard to get Tesco to a position where the company can announce such promising results and be confident that it was turned the corner of the challenges of recent years,” said Unite National officer Adrian Jones.

The workers are currently being balloted on whether or not to take industrial action. The earliest date they could begin striking would be 18 December, right in the middle of the key Christmas shopping period.

“Unite members don‘t want to disrupt anyone‘s Christmas shopping but without a proper pay increase thousands of workers will not be able to enjoy their own Christmas in the way they deserve,” Jones continued.

“We urge Tesco to revise its pitiful pay offer and avoid potential industrial action in the run-up to Christmas.”

Tesco has said that “any industrial action at these two sites will have no noticeable effect on Tesco customers,” though Unite has warned that disruption would likely follow across Yorkshire and Northern Ireland.

“The approach from Unite is clearly counterproductive, as we have always been committed to pay discussions, and is surprising given Unite had initially agreed to new talks,” a Tesco spokesperson said. “We want all of our distribution colleagues to support our turnaround plans, and work together to better serve our customers.”

Usdaw, a union representing 8,000 drivers and warehouse staff, recommended two year pay proposal for 20 sites that is currently under 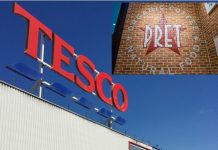