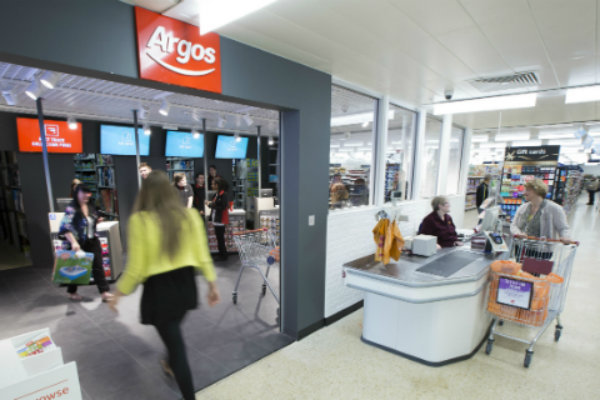 Sainsbury’s, which has been given until 5pm on Tuesday to put forward a definitive bid for Home Retail, could ask for a three-week extension.

The supermarket group, Britain’s second largest, needs to buy time following a last minute rival bid from Steinhoff International. If an extension is granted, both businesses will have until March 18 to secure a deal.

Steinhoff, the South African owner of Harveys and Bensons for Beds, surprised the market on Friday when it made a £1.4bn offer for the parent company of Argos. Stenhoff’s offer is well is above the cash-and-shares bid Sainbury’s made last month.

The grocer has already delivered a 23-page presentation on why an acquisition would work, outlining that Sainsbury’s non-food business would be larger than John Lewis and Marks & Spencer. Chief Exec Mike Coupe has insisted that Argos‘s extensive delivery network, online operations and credit opportunities would blend seamlessly with Sainsbury’s own offerings.

“Mike Coupe will be quite gutted that so close to the near-end of the process, Sainsbury‘s may be pipped at the post for Argos,” said Clive Black, a retail analyst at Shore Capital. “We have felt that this has been a risk for Sainsbury‘s since its interest was first revealed. We have suggested that Walmart should look at Argos, never mind Steinhoff.

A higher offer comprising a much greater cash element is a big challenge for Sainsbury‘s, not least because they have said they will not overpay for Argos; and Steinhoff is also no Mickey Mouse outfit and so a bidding war may not be advisable.”

Steinhoff has retail operations across Europe, Australasia and Africa. It was listed on the Frankfurt stock exchange in December, with a market capitalisation of â‚¬19 billion and generates about 60 per cent of its revenues from Europe. The group has more than 40 brands trading through 6,500 shops and employs more than 90,000 people in 30 countries. Its offer for Home Retail is made up of 147.2p a share in cash, alongside Home Retail‘s already announced 25p-a-share payout from the sale of its Homebase DIY chain, as well as a 2.8p-a-share final dividend.