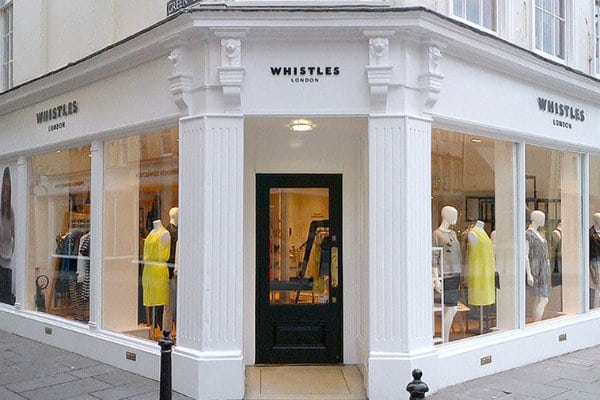 Whistles has been in talks with prospective buyers for an undisclosed stake in its business.

According to Sky News, the high street fashion retailer has been in talks with several investors, with the process being overseen by KPMG.

The talks are being organised by Chief Executive Jane Shepherdson. Known as the most powerful woman in British fashion, she was responsible for the expansion of Top Shop under Sir Philip Green, before joining Whistles in 2008.

Key details have yet to be revealed, including any current assessment of Whistles‘ financial performance. The latest accounts filed at Companies House for the company revealed a turnover of almost £63m over 53 weeks. However, they also revealed a pre-tax loss of £2.2m which, according to the company, was caused by expansion into America, the launch of a menswear range and work that had gone into the Whistles website. The company also blamed a “difficult retail trading environment.”

Whistles is currently chaired by Peter Davies, with himself, Shepherdson and the greater management team all having a substantial stake in the business.

The Whistles estate currently covers 50 standalone shops in the UK and Ireland, as well as over 75 concessions.