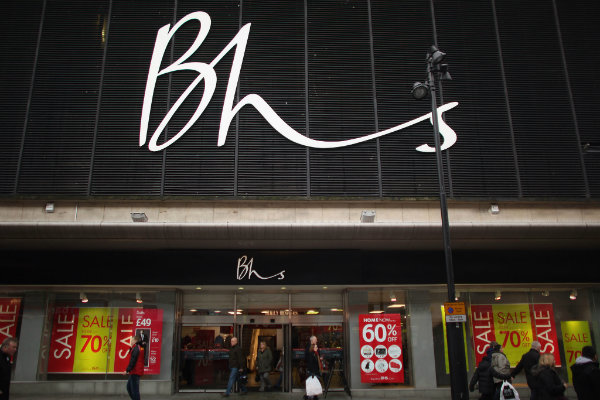 The number of bidders for BHS, which fell into administration last month, is understood to have been whittled down to around four as administrators said that any offers would have to be for the entire BHS estate.

The Telegraph revealed that Yousuf Bhailok, the Preston-based property millionaire, had withdrawn his interest after being informed that he would have to take on the entire 164 store BHS estate if his bid was successful, including 40 loss making locations.

This news comes after interested parties were told by administrators Duff & Phelps that they would need to increase their offers, potentially by “tens of millions”.

“Caution has to be exercised in light of certain risk factors as far as the overall level of the bid,” Bhailok told The Telegraph. “We believe we have to keep within our parameters if we were to successfully revive the vast majority of the operation.”

A successful bid would also take on the entirety of BHS‘s £85m debt, though the £571 pension deficit would be passed on to the Pension Protection Fund.

The remaining buyers include Sports Direct Owner Mike Ashley and Edinburgh Woollen Mill and Peacocks Owner Philip Day, as well as an as yet unrevealed European backer thought to be working with current BHS boss Darren Topp.

“Any continuing interest that we have in BHS would be on the basis that we would anticipate that there would not be any job losses, including jobs at head office, and that all stores would remain open,” said Ashley when his interest in BHS was originally made public.

A lot hinges on the sale of BHS. Landlords of the fallen retailer‘s outlets are facing a loss of over £4m in unpaid rent, as well as millions more in business rates charges.

The jobs of 11,000 staff were also endangered when BHS fell into administration. A recent campaign, #SaveBHS, saw London landmarks lit up in an attempt to draw attention to their plight, and the hope that whoever bought BHS would purchase the entire estate and keep the business running.