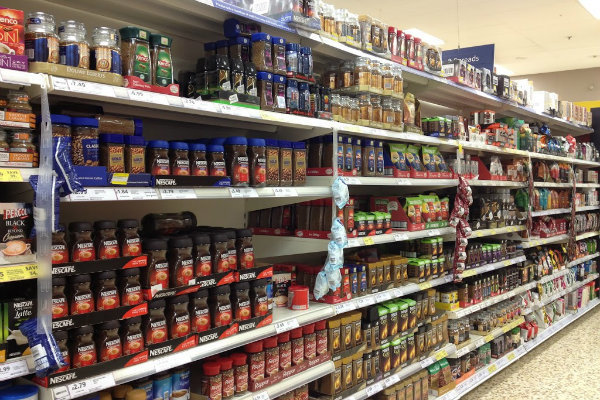 A new report has revealed that the overall grocery prices dropped by two per cent in August, compared to the 1.6 per cent decline in July.

The deflation in food prices was sparked by more promotions combined with a decline in the price of oil, according to the latest British Retail Consortium (BRC)-Nielsen shop price index.

The index also indicated that food price deflation accelerated to a record low of 1.1 per cent in August, compared to 0.8 per cent in the previous two months, while non-food deflation hit 2.5 per cent compared to July‘s 2.2 per cent.

While the report said retailers had yet to feel the impact of rising costs caused by the fall in the sterling after the EU referendum in June, BRC chief executive Helen Dickinson warned this could change in the next few months when costs are passed down to consumers.

“The devaluation of sterling in the wake of the referendum will put upward pressure on shop prices,” she said.

“But that’s likely to take several months to properly feed through, given that retailers won’t feel the brunt of the cost increases until existing contracts with foreign suppliers come to an end.

“Even then, retailers will have to make a decision about when and how much to pass onto consumers. Given the strength of competition in the market, and if the economy softens in line with predictions, any pass through may be more limited than implied by the exchange rate movement.”

“Competition for discretionary spend is likely to intensify as we head towards the end of the year, so retailers will be keen to keep prices low and promotions sharp,” he said.

The news comes after a similar report published last week by shopping and comparison website mySupermarket, which found that the average price of a basket of 35 popular products was at £83.35 in August, down £0.09 from July.

However, it said price for August was still higher than total basket prices recorded for the April–June period this year.

Spending has remained consistent despite Brexit fears, with the Office for National Statistics (ONS) announcing last month that retail sales had spiked by 1.4 per cent in July.

August‘s Consumer Confidence Index by respected firm GfK also conveyed a positive outlook in light of Brexit, jumping five points to -7 as consumers carried on shopping rather than hold back.