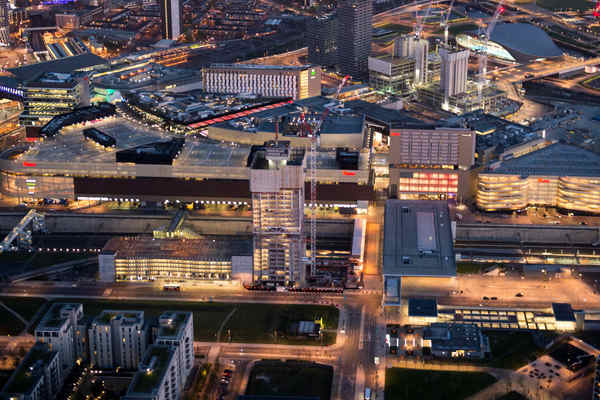 Westfield Stratford City is this week celebrating five years since it first began trading, attracting a record-breaking 220 million shoppers and raking in £5 billion in retail sales.

The east London shopping centre – which was built adjacent to Queen Elizabeth Olympic Park and opened months before the London 2012 Olympics took place – has also seen sales rise by 32 per cent since it began trading, with fashion, food and beauty categories experiencing strong growth.

Westfield also has expansion plans for Stratford, with 120,000 sq ft of extra retail space to be created plus up to 800,000 sq ft of offices.

In addition, 1225 residential homes will be built.

The expansion project will deliver 10,000 new jobs, bringing Westfield Stratford City‘s total jobs for London to 20,000 – 40 per cent of which are provided residents of the local Borough of Newham.

“Five years on, Westfield Stratford City has made history by breaking shopping centre records,” he said.

“The centre and Stratford as a destination are thriving. We look forward to continuing to attract the best and most innovative retailers and continuing to invest and grow with our new plans to bring offices, new homes and jobs to the area.”