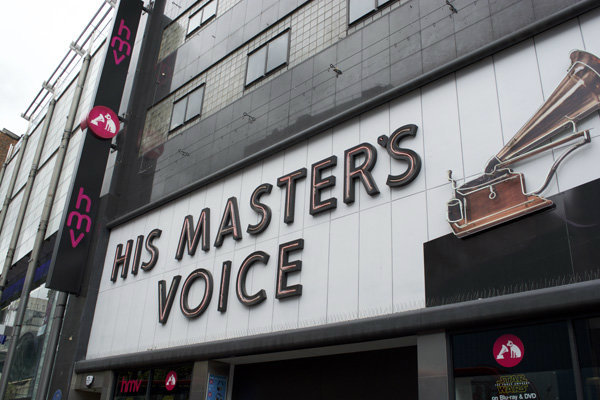 HMV has reestablished itself in the physical entertainment market, overtaking Amazon to become the UK‘s largest music retailer.

New data from Kantar Worldpanel has revealed that HMV, which went into administration just three years ago, has rebuilt its retail operation and is proving to rival the market leaders.

In the 12 weeks to September 25 HMV attracted 41,000 new customers and growing its share of the physical entertainment market by 3.1 per cent.

Big titles like the debut album from Christine and the Queens, which sold two thirds of its total copies in HMV, along with Adele‘s 25 which sold 29 per cent of all copies in store, were responsible for the success of the retailer‘s music department.

Amazon, which now falls behind HMV in physical music sales, has placed a greater focus on digital music sales in last few months, as it prepares for the launch of Amazon Music Unlimited which launches alongside the Amazon Echo in 2017.

Previous results from Kantar Worldpanel reported that last year sales dropped by 8.3 per cent and in the 12 weeks to July 3 this year the drop was a similar 8.1 per cent, making this a bittersweet milestone for HMV.

Other physical entertainment sectors continue to struggle; despite the release of VR technology the gaming sector has declined in recent years.

“Physical games are certainly having a tough time at the moment, but the advent of 4K gaming – including the PS4 Pro and Xbox One S – could give the sector a much-needed boost,” strategic insight director Fiona Keenan said.

“Not only is this new generation of games likely to come at a higher price point, but the rise of virtual reality – as signalled by the launch of the PSVR and Microsoft‘s upcoming Project Scorpio – could attract new shoppers beyond the stereotypical young male gamer.

“Nintendo‘s new Switch console, which we should see in the first quarter of 2017, also looks set to appeal to a wider audience and could reinvigorate the sector just as the Wii did ten years ago.”