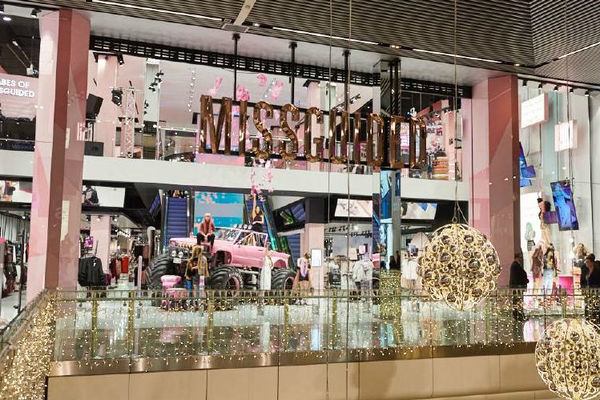 Missguided‘s year of heavy investment across its business has paid off, with the online retailer raking in a record £117 million in annual revenue.

This figure, recorded for the financial year ending March 2016, represents a 34 per cent growth on the prior year – when the Manchester-based brand made £87 million.

Substantial investment in marketing, technology, infrastructure – such as a new warehouse and headquarters – and employing over 100 additional staff impacted Missguided‘s profitability with EBITDA of £2.6million, compared to £5.5million the previous year.

However, the fast-fashion retailer said this was paying dividends in the current financial year, with growth “in excess of 60 per cent” for the six months to September 2016, as well as “significantly enhanced” profitability.

In addition being available in 60 US-based Nordstrom department stores and three concessions in UK-based Selfridges, Missguided has also grown its presence to include Schuh, Spain‘s El Corte InglÃ©s department store chain and Boyner Group in Turkey.

Its website now boasts over 4.5 million registered customers, and in the last 18 months it has expanded its categories to include active, petite, tall, denim, nightwear, lingerie and even bridal.

“2015/2016 was a year of heavy investment for the company across all areas of the business,” Missguided founder and chief executive Nitin Passi said.

“International growth has been strong with 40 per cent of our business this year being driven through international markets.

“We have seen investment come to fruition for the start of this financial year where our current year-on-year growth is over 60 per cent with a significant increase in EBITDA.

“We continue to invest in our omnichannel offering with the recent launch of our first flagship store.”