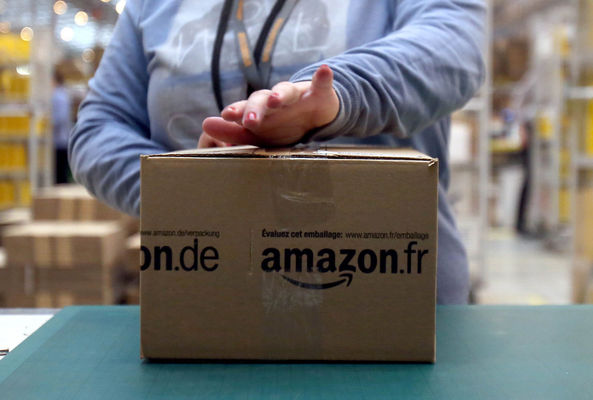 Amazon has been voted number one for customer satisfaction in the UK for a third time in a row.

The biannual Institute of Customer Service’s survey revealed that Amazon came ahead of online rival ASOS, coming in second place, and department stores John Lewis and Marks & Spencer filling third and fourth on the list respectively.

Completing the top 10 of the UK Customer Satisfaction Index (UKCSI) included other retailers such as Waitrose, Iceland and Greggs.

Despite not reaching the top 10, the UK‘s biggest supermarket Tesco was voted for most improved supermarket, recording a year-on-year increase of 1.2 points.

This is attributed to a sharp increase in helpfulness of staff with positive results mirrored in its 1.3 per cent rise in its third quarter sales.

“It has been widely acknowledged that customer trust in Tesco suffered during the 2014 accounting scandal which saw the company lose touch with loyal patrons,” Institute of Customer Service chief exectutive Jo Causon said.

“This loss in trust saw record losses of £6.4 billion during 2014/15 but a renewed focus on service excellence has finally got customers back on side – this can be seen in the 2017 UKCSI, and, as shown by the company’s recently announced full-year results, has paid dividends.

“The importance of the customer cannot be ignored when it comes to business success for UK supermarkets.

“There is everything to play for and UK supermarkets cannot take their eye of the ball.”