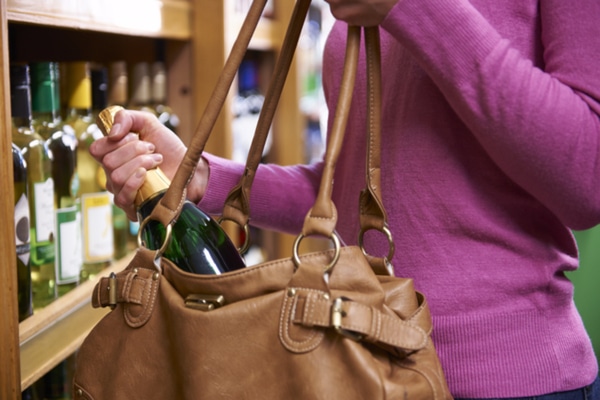 Last year there were a reported 349,296 shoplifting offenses carried out across England and Wales, a rise of five per cent on the year before according to recent data from the Office for National Statistics.

However, the National Federation of Retail Newsagents (NFRN) has issued a warning that this number could be far higher.

According to research carried out by the organisation, a significant number of shopkeepers do not report shoplifting crimes, with a quarter citing the fact that police did not respond and a further third saying they didn‘t believe the police had adequate powers to prosecute.

Last year the BRC estimated that 3.4 million incidents of theft were carried out in 2015, up almost one million on 2014‘s 2.5 million. It’s estimated to have cost the sector £343 million.

Statistics gained from freedom of information requests from the NFRN also provide support for retailers’ reluctance to report crimes.

The statistics show where a retailer is located in the UK impacts the chances of police intervention. For example, London has a 50 per cent “urgent response” compared to just three per cent in Leicestershire, also had 61 per cent of crimes “not attended”.

READ MORE: Nearly a third of shoppers will be vulnerable to fraud this Black Friday

“Shop theft is a crime that dogs independent retailers on a daily basis and it is not victimless,” NFRN chief executive Paul Baxter said.

“The NFRN is concerned that incidents are on the increase, as laid bare in this latest ONS report, but what is far worrying is that we believe that the incidents recorded are the thin end of the wedge and are actually far higher.

“Sadly, there is a reluctance from independent retailers to report these crimes to the police.

“The NFRN wants to see the police, courts and government doing more to tackle retail crime as this will give independent retailers more confidence to report incidents.

“To raise awareness we are currently meeting with all police and crime commissioners across England and Wales, as well as highlighting the problems our members are facing at the National Retail Crime Steering Group.”