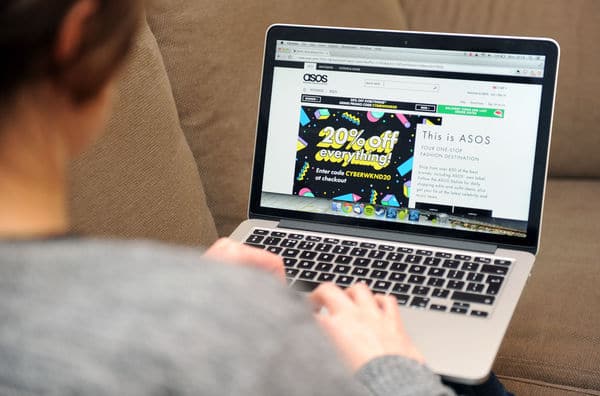 According to the latest figures from the IMRG Capgemini eRetail Sales Index, this 16 per cent growth exceeds the initial forecast of 11 per cent and reverses a trend of declining growth rates.

For 2017, IMRG and Capgemini have forecast online retail will record a further 14 per cent growth.

IMRG and Capgemini also attribute the strong performance of online retail in 2016 to the continued growth of sales made on smartphones.

READ MORE:  Online shoppers were up in November, but basket value declined

In terms of sectors, accessories and lingerie witnessed the biggest increase in online sales throughout 2016 – up 38 per cent and 33 per cent respectively.

This was followed by gifts, up 26 per cent, and footwear, up 21 per cent – all of which exceeded the average growth rate.

However, the health and beauty sector‘s online sales dipped down by per cent compared to 2015.

IMRG and Capgemini also said £25 billion was spent online during the Christmas trading period between November 13 and December 24 – a 16 per cent increase year-on-year.

“2016 was a turbulent year with a number of predictions for retail and beyond going against the status quo.  Regardless, it was still a record breaking year for online sales,” Capgemini retail customer engagement consultant Bhavesh Unadkat said.

He added that despite the economic uncertainty due to the progress and impact of Brexit, he was sure 2017 would also be “another record breaking year for online sales”.

IMRG managing director Justin Opie said there were a couple of reasons why 2016 was a record-breaking year, especially considering the below-expectation year of 2015.

“The first is that Black Friday became an ‘online‘ event in 2015, and this seems to have had a lasting effect on people‘s shopping behaviour and preferences – our Index has recorded strong growth for online sales ever since that day,” he said.

“The second is that sales through smartphones are continuing to grow at a very strong rate, which is increasing the times and places in which people can browse and engage with online retailers.”