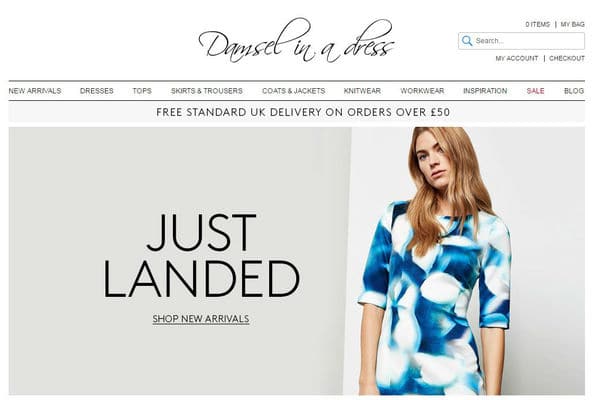 The new parent company of fashion retailer Damsel in a Dress has revealed plans to open 100 new UK stores and concessions just days after acquiring the womenswear brand.

South African company The Foschini Group (TFG), which also owns Phase Eight and Whistles, also said it wanted to establish a physical presence in 100 international Damsel in a Dress locations – especially in Germany, Spain and parts of the Middle East.

The TFG has not yet provided a timeframe of their ambition expansion plans for Damsel in a Dress, which currently trades directly online and in concessions with John Lewis and House of Fraser.

Ben Barnett, the chief executive of Phase Eight and TFG‘s UK holding company TFG London, said they could see Damsel in a Dress “growing substantially” and that the company has the resources to take it “a long way” in the coming year.

“Online will be a significant part of that but we‘re looking for flagship stores, so we‘ll be moving into the physical environment,” he said.

As part of TFG‘s acquisition, Damsel in a Dress will now be led by a new team of 12.

Victoria Snepp, former head of design at Baystan, will led the creative direction of the womenswear brand under the strategic direction of Judith Bremner, brand director of Phase Eight and Studio8.