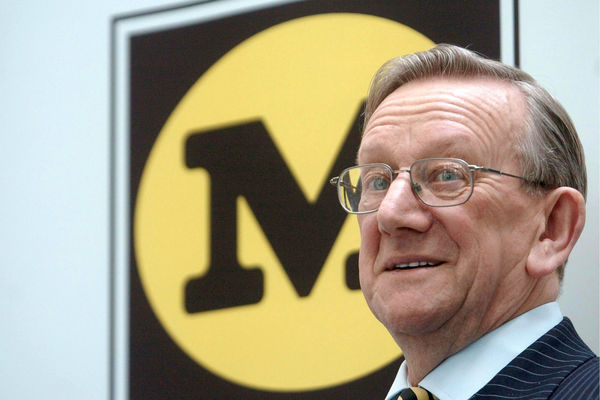 Retail pioneer Sir Ken Morrison, one of the UK‘s most respected figures in the industry, has died at aged 85 following a battle with a short illness.

Morrison‘s family issued a statement this afternoon which read: “We are very sad to share the news that Sir Ken died today aged 85 following a short illness. He died peacefully at home in North Yorkshire with his family.

“Sir Ken was, of course, a unique figure in the history of grocery retailing in the UK, for more than half a century being the driving force at the heart of Morrisons as it grew from two market stalls to become one of the UK’s largest retailers.

“But to us he was a greatly committed and loving family man, as inspirational and central to us in our daily lives as he was in the business. His drive and ambition, quick intelligence and encyclopaedic knowledge were matched with a real curiosity in his fellow man.

“He had a gentle humour and kindness about him and he could, and would, talk with genuine interest to anyone.

“He showed us all the importance of aiming high but never forgetting the practicalities of life and the humanity of those we deal with.

“A proud Yorkshireman, he never forgot his roots and had a real love for, and commitment to, the people and city of Bradford.

“We will all miss him enormously.”

Following his National Service in 1952, he joined the grocer Morrisons before becoming chairman and managing director just four years later.

He stayed as managing director of the retailer until 1997, when he relinquished the role and stayed on as chairman until 2008.

Largely accredited with building the supermarket giant from a small grocer, Morrison was awarded his knighthood in 1990 for services to the food retailing industry.

In 1967 he lead the company onto the stock market, where Morrisons received an offer 174 times oversubscribed as investors fell over themselves to get a part of the company.

Morrisons chairman Andrew Higginson said: “I know that I speak for the whole company when I say how profoundly sad we were to hear of Sir Ken’s death.

“He was an inspirational leader and the driving force behind Morrisons for over half a century. Although he retired several years ago, his legacy is evident every day and in every aspect of our business.

“Taking Morrisons from a small Bradford-based family business to a major UK grocery retailing chain is an outstanding achievement in the history of UK business.”

Tributes continue to pour in from the retail and business world. 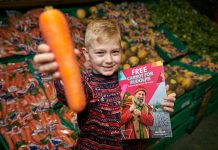